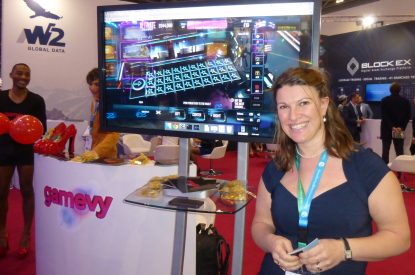 Helen Walton, Gamevy’s Chief Marketing Officer, added: “Marathonbet and Gamevy share a vision of the innovation that is possible in gaming, so we’re excited our games will be available to Marathonbet players and even more excited about the future.”

Established in 2015, Gamevy has already signed deals to provide its games to operators in the UK, Austria, Germany and Sweden.

Although Marathonbet is headquartered in Brighton, United Kingdom, it has satellite operations in nine cities throughout the world and a retail presence in Russia, Ukraine, Belarus, England, Cameroon, and Kazakhstan.

For Marathonbet its games will now be available in Russian as well. Aimed at a broad customer demographic, Gamevy has shown that its new genre of quiz and instant win games offer incremental revenue rather than cannibalising existing slots revenue.

Marathonbet is known for searching for innovative content and promotions for its players as well of course for its partnerships with leading football clubs. Gamevy has worked in close partnership with the Marathonbet team to develop a football instant win with cash-­out and where a player’s choices really matter. Together, Gamevy and Marathon Bet have plans for even more ambitious games and collaborations.