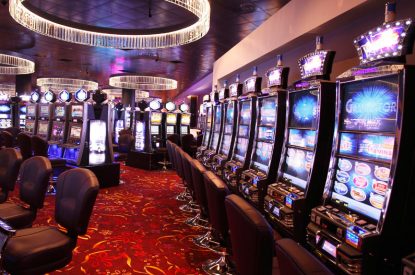 British casinos should be allowed to operate up to 20 Fixed Odds Betting Terminals in part of a shake up proposed  in a report from the Commons Culture, Media and Sport Committee, which also says greater power should be given to local councils.

The committee slammed the Gambling Act 2005 saying there were ‘numerous inconsistencies’ and that it had already become out-dated.  Whilst central regulation should provide high standards of protection, local councils should be able to decide if they want more casinos or not.

The report stated: “Both the 1968 and 2005 Act provisions successfully prevented casinos from proliferating or clustering. However, there is no evidence that allowing local authorities to decide independently whether or not they wish to have a casino would lead to a significant increase in the total number of casinos. The decision as to whether a casino would be of benefit to a local area should be made by local authorities rather than central diktat. Any local authority should be able to make the decision as to whether or not they want a casino. The portability of these licences would be constrained by the existing ‘triple lock’ contained in the Gambling Act: the need to obtain local authority approval, a premises licence and planning permission.”

With regards to FOBTs, it said that licenced betting offices and casinos are currently allowed a maximum of four FOBT terminals, with stakes of up to £100 and a jackpot of £500. As the most regulated gaming sector, casinos should be permitted to operate as many as 20 such machines, according to the committee, who added that operators across the sector should be charged lower fees by the industry regulator, the Gambling Commission.

John Whittingdale, Tory chairman of the committee, added: “Gambling is now widely accepted in the UK as a legitimate entertainment activity. The ‘reluctantly permissive’ tone of gambling legislation over the last 50 years now looks out-dated.”

He said that the majority of the opposition against the act focussed on the introduction of ‘super casinos.’