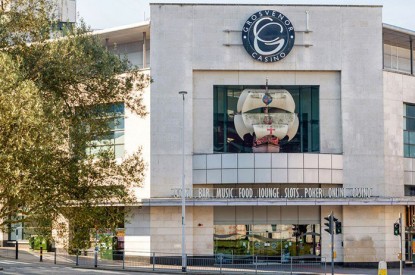 Grosvenor Casinos has appointed a new General Manager to lead its Plymouth venue out of lockdown as it prepares to reopen in line with government guidance in May.

James Harvey, 49, has worked in the casino industry since 1993 and began his career at the very casino he now manages. After moving to Plymouth at the age of 21, he trained as a croupier at Grosvenor Casino Plymouth and stayed with the company until 2012, when he made a move to London for another role in the industry.

Now back with Grosvenor Casino Plymouth and settled in the city, James is excited to reconnect with the team, and use his 28 years of industry experience to help prepare the venue for welcoming back customers old and new.

James Harvey, General Manager at Grosvenor Casino Plymouth, said: “I’m really excited to be back home in Plymouth and take a lead role at the venue where my career began all those years ago. We are pleased that the government announced hospitality venues including casinos could be allowed to reopen from May 17 and welcome the removal of the 10pm curfew which was hugely damaging to casinos last year in limiting the hours we could trade.

“The team have worked tirelessly to create an ultra-safe venue and we’re all looking forward to welcoming back our customers to enjoy our venue safely once more in line with government guidance.”

James is working on enhancing the club’s entertainment offering when the venue reopens in line with government guidance by hopefully reintroducing live music nights to the venue, as well as a major poker competition with a guaranteed prize pot.

Grosvenor Casinos has invested more than a million pounds in putting in place enhanced health and safety measures to create a fun gaming and hospitality experience throughout its venues ahead of reopening including PPE for staff, screens at the gaming tables and in between slot machines as well as temperature checks on arrival, signage and hand sanitiser stations.