UK – GRS Recruitment off to a flying start 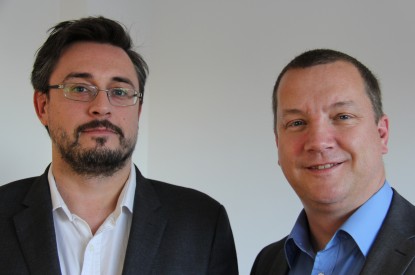 The combination of two people with very different backgrounds has led to a flying start for GRS Recruitment, who launched in October 2014.

GRS has been set up by Steven Jackson, who has 13 years of experience in gaming-specific recruitment, and Paul Sculpher, a veteran of the operational side of the industry for the last 23 years.
Mr. Jackson said: “We decided to launch GRS Recruitment as we’d talked about it together over the years, and now seemed like the time to give it a shot. The first nine months have been wildly successful, and we broke through our 12 month target in early May, only eight months after we launched.”

Mr. Sculpher added: “Using a recruitment company can save our clients a huge amount of time, and given that we have so much experience of the industry and such a strong network, we can supply a shortlist of candidates tuned to the exact needs of the company with a position to fill. Virtually all of the positions we’ve filled so far have been either roles Steven has recruited for before, or jobs I’ve done or worked directly with in the past, and it looks like this familiarity with the roles is proving as popular with clients as we hoped it would.”

So far GRS have placed management and staff with a diverse range of companies including Caesars UK and leading operators in UK Bingo, a number of online operators and other high profile employers in the gaming space.

Ian Woodward, Caesars UK’s Group HR Director, said: “We’ve used GRS for several of our recent hires, and found that their knowledge both of the talent market and the roles we’re trying to fill has led to a smooth, efficient service. The last hire we made through GRS, at a senior operational level, was completed within three weeks from start to finish with a comprehensive shortlist provided.”