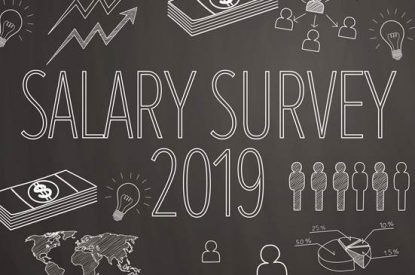 The UK igaming market saw average salary growth of 20% in the year to June 2019 despite ongoing uncertainty over Brexit, according to the sector’s largest salary survey compiled by Pentasia Recruitment.

Pentasia’s Andrew Cook said this reflected the underlying health of the sector “despite the continuing uncertainty over the UK’s departure from the European Union”. Decentralisation away from London also became clearly evident in the period with growing demand for talented iGaming professionals in the Midlands and northern cities such as Manchester and Leeds.

In North America, the average salary dipped 2% to £82,895, reflective of a significant increase in junior (mainly operational) roles this past year. Pentasia’s Marwa Mitchell said that while demand for sports betting and digital talent had increased exponentially post-PASPA, the difficulty of securing US visas “for even those with exceptional industry talent” meant operators were struggling to scale up operations to keep pace with growth.

The Gibraltar average also grew 13% from £69,427 to £83,441, indicative of a decline in overall jobs in the jurisdiction as licensees prepare for potentially losing single market access when the UK leaves the EU, with the remaining roles in the British overseas territory of a more senior level.

A short supply of top talent in the Asia Pacific region also pushed up the average salary there by 20%. Product and commercial roles saw the most significant uplift, up 21.8% and 25.6% respectively, which Pentasia managing director Alastair Cleland said “reflects the high level of investment in new technology, emerging markets and business units”.

Compliance salaries also saw an above-average increase of 9.7%, indicative of the increasing value of this expertise in a time of rising regulatory pressure in core markets such as the UK and the emergence of more locally licensed markets. Across the sector, igaming pay grew by 8.5% in the period. Cleland said: “This is an indicator of both increased investment in igaming professionals worldwide and heightened competition for a limited talent pool.”

The data for the survey was based on placements within Pentasia’s global network in the period July 2018 to June 2019. The iGB-Pentasia salary survey provides the a comprehensive insight into recruitment trends in the online gambling sector, with three years of benchmarking data.