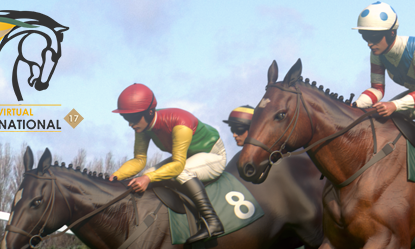 Inspired Entertainment has celebrated the success of its Virtual Grand National, which saw the predicted winner, Cause Of Causes, finish in second place in the live event at Aintree on Saturday.

Following an exclusive long term partnership with Carm Productions and The Jockey Club, Inspired’s Virtual Grand National 2017 was broadcast for the first time on national television in the UK on Friday evening ahead of the live event on Saturday afternoon.

“Trying to predict the result of what can often be one of the most unpredictable races in the sporting calendar was always going to pose a risk and a challenge,” said Steve Rogers, CCO Digital Games, Inspired, “but I’m delighted that the strength of the algorithms which we used to devise the product have proven their sophistication.’ Rogers added, ‘We have seen an amazing response to this project, both online and in the racing community, and it is as success story which we will certainly look to replicate in the future. Such is the quality of the animation and graphics which we’re now able to produce, the line between the virtual and reality is ever tightening; it’s an extremely exciting arena to be working in right now.”

Following the Virtual Grand National’s debut, Aintree will now become the first racecourse in the UK to be featured daily in Virtual Horse Races provided exclusively by Inspired. Events will be streamed to online and mobile players and broadcast into retail betting and gaming locations worldwide through Inspired’s network of digital and land-based platforms.

The TV show, ‘The Virtual Grand National 2017’ is available on catchup now via the ITVHub.

“The idea of seeing some of the most famous names in the history of Aintree compete against each other really captured the imagination of those involved in the project,” Mr Rogers added. “‘Our HD 3D graphics are more sophisticated than ever, making it nigh on impossible to distinguish the virtual from reality; it’s hugely exciting to see a field of famous runners race again. The project truly delivers the Entertainment with an Edge which Inspired prides itself on offering to its customers, and I hope that punters enjoy watching it as much as we have enjoyed building it.”

A William Hill spokesperson added: “The concept of The Race of Champions was an irresistible one for William Hill. Every year the public’s enthusiasm and nostalgia for the race increases, and the idea of being able to bring those runners and riders from yesteryear back for one ultimate race was both compelling and great fun. Inspired is renowned throughout the industry for its innovation and quality of delivery, and this product is a testament to that.”