Iron Dog Studio has announced the release of its second Megaways slot, Megaways Jack. The game launched exclusively with Royal Panda on the 27th May and is now live with LeoVegas and the Rocket-X brands for two weeks before being available network-wide on 17th June.

Megaways Jack will be played and streamed by some of Casino Grounds’ biggest names including the likes of LetsGiveItASpin, NickSlots and JamJarBoy between 3rd and 10th June as part of a wider promotion. Players at LeoVegas and Royal Panda are also being encouraged to play Megaways Jack over the course of the week, with points and prizes up for grabs for triggering certain game features and submitting a screenshot.

The six-reel video slot invites players to climb the beanstalk, ascend the clouds and escape the giant’s castle with as much treasure as they can collect. This is achieved by combing Big Time Gaming’s Megaways mechanic, which offers up to 117,649 ways to win, with a trove of bonus features including Wilds, Multipliers and Free Spins.

To put players at the heart of Jack’s quest to climb the beanstalk, each reel changes height independently with each spin; a reel can contain just two symbols or be fully stacked with seven. Because no two spins are alike, the number of potential ways to win is being constantly recalculated ranging from 64 to a mega 117,649 ways to win.

The Lovely Lady Harp sits at the left-hand side of the reels and triggers various features when she starts to play including Wilds, win Multipliers and prizes that add up to winning a Free Spin. In order to win the Free Spin, you must gather eight Magic Leaves. Players do this by either getting consecutive wins or by landing a number of bonuses.

This includes Magic Beans which land on the reels and can grant up to three Magic Leaves at a time, while others come from the Lady Harp. In the base game the Lady Harp can award additional Wilds, up to x5 Multipliers and up to three position boosts on the beanstalk plus a possible re-spin if the player is near the top of the beanstalk.

Melvin Ritsema, Managing Director at Royal Panda, said: “Here at Royal Panda, we’re thrilled to have our second Megaways exclusive with Megaways Jack, from our dear partners over at Iron Dog Studio. Having worked together closely over the years, this exclusive is a great way to show the ever-strengthening partnership. Of course, the stunning gameplay following Jack in his quest to defeat the giant, will be a sure hit with our players!”

James Ford, Head of Casino at LeoVegas, added: “LeoVegas Mobile Gaming Group are delighted to be launching a second Megaways exclusive with our valued partners at Iron Dog Studio, and what better game to do it with than Megaways Jack! We believe our players will enjoy the inspired gameplay of this beautifully designed game, combining the tumble trigger on wins, magic beans on the reels, and the Lady Harp offering even more rewards.” 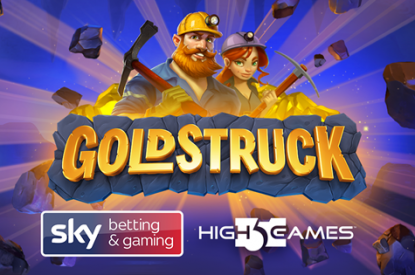 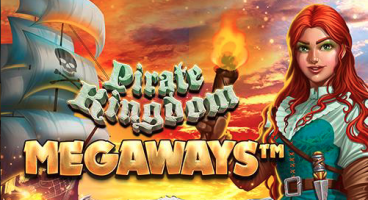