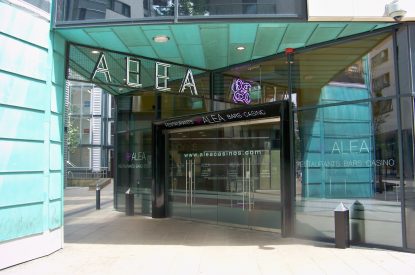 London Clubs International is to shut its Alea Leeds casino at Clarence Dock highlighting ‘frustrations with the pace of change within the UK gaming industry.’

The closure, which will affect almost 100 jobs, also sees it pull out of the licensing process for the 2005 Act large casino licence run by Leeds City Council.

LCI, owned by US giant Caesars Entertainment, had wanted Leeds Council to help revive the popularity of its £12m Alea Casino in Clarence Dock by improving infrastructure between the casino and the city centre. It also wanted to be awarded the city’s ‘large’ licence allowing it to spread out into its 60,000 sq ft of front-of-house entertainment space and become more of a draw.

Roy Ramm, Governance and Public Affairs Director at London Clubs International, said: “It is with great regret that we are also suspending trading our existing casino business in the city, but current trading conditions in the Clarence Dock development have made this outcome inevitable. We made a significant investment into Alea when it opened in 2008 and have continued to support the business through difficult times for Clarence Dock, but during the bid process we became aware of the full extent of the additional investment sought by the council in order to win the new licence and it has become clear to us that this additional financial burden is unsustainable.”

A collective redundancy consultation with employees at Alea Leeds is now underway. Following a spectacular opening in October 2008, the wider, multi-leisure destination at Clarence Dock has seen most of its retail offering close down due to lack of business. Describing Clarence Dock as the ‘forgotten part of the city,’ Mr. Ramm said footfall had dropped by 10 per cent year-on-year in the last three years. He had previously warned that the casino’s future was not secure unless links were improved. He said the link between Clarence Dock and the city wasn’t ‘fluid’ or ‘real enough.’

If another venue opened with 120 slots, Alea, he warned would be unable to compete. The chance to operate more games such as bingo, a sports bar for betting and a larger quota of slots would all help Alea survive.

LCI officials also presented their case before the Department for Culture Media and Sport Select Committee, calling for a level playing field when it comes to the quota of slots it can operate

However the process towards change has been hampered whilst competition for the new style licence remains high with Leeds United football club wanting to bring the casino into its stadium, Global Gaming Ventures wanting to develop in the new £600m Eastgate Quarters whilst Rushbond has made the casino part of its plans for the redevelopment of the former Majestyk nightclub on City Square.