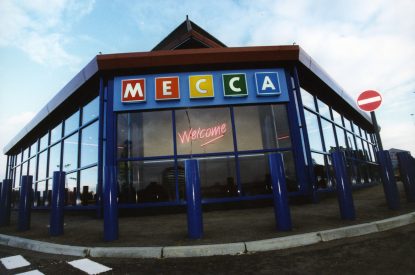 To celebrate the Queen’s upcoming Platinum Jubilee, Mecca Bingo has released a selection of regal bingo calls, which will be used in clubs over the Jubilee weekend. The all-new calls celebrate and reference some of the most recognised moments from the royal family’s history over the last seventy years. Calls include number 27 renamed as ‘the Queen’s coronation’, as she was aged just 27 when she took to the throne. Plus, a rather cheeky call for number 2 as ‘one little duck’ becomes ‘one lonely prince in America.’

As well as changing the classic bingo calls, Mecca Bingo will be hosting a main game of bingo for just 70p to celebrate Her Majesty’s 70-year reign, on the evening of Thursday 2nd June. All bingo lovers need to do is purchase a main game in club to be in with the chance of winning big cash and other Jubilee prizes.

The new regal bingo calls released in time for the Jubilee include:

Carol Rhead from Mecca Bingo commented: “The Queen is known to be a fan of bingo, so what better way to celebrate her landmark reign than with 70p bingo and a new set of celebratory bingo calls. We can’t wait for customers to come into club across the extra-long Jubilee weekend to be in with a chance to win big!”

Mecca Bingo celebrated its own 60-year milestone last year and will be one of just 25 companies included in the St James’ House commemorative album. Titled Her Majesty The Queen: The Official Platinum Jubilee Pageant Commemorative Album, the premium coffee table book will feature organisations selected for their transformational contribution across the spheres of culture, society, technology and business.

On Thursday 2nd June, a main game of bingo will cost just 70p. This will run across 65 Mecca Bingo clubs. As well as 70p games, Mecca Bingo will be hosting a series of fun Jubilee celebrations, including a party on Saturday 4th June and big prizes to be won across the weekend. For more information players can head to their local Mecca Bingo club or visit https://www.meccabingo.com/.

Additionally, Mecca is keeping the Platinum Jubilee party going across the big weekend – with Slingsby Gin hampers and an overnight gin experience stay up for grabs on social on Thursday 2nd, ‘Carry on Winning’, where two full house winners will be crowned in main games on Friday 3rd, clubs decked out in decorations from Saturday and select 9pm games free, plus a 10,000 free spins pot when staking £20 on Jackpot King from Thursday – Sunday.