UK – Nevin Truesdale takes the reins at The Jockey Club 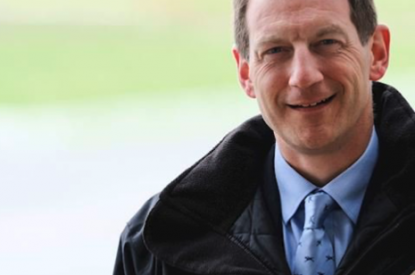 The Jockey Club has announced the promotion of Nevin Truesdale to the position of Group Chief Executive effective from 1 January 2021.

Nevin has led the company in an ‘acting’ capacity since the end of August. In that time The Jockey Club has delivered its largest internal reorganisation in a decade as part of introducing a new strategy for the future and in response to the Covid-19 pandemic.

The Jockey Club has also successfully staged hundreds of racedays around the country behind closed doors and is now welcoming up to 2,000 spectators in Tier 2 locations in England, under stringent health and safety protocols.

The Jockey Club, whose Patron is Her Majesty The Queen, welcomes around four million people to its venues nationwide in a normal year and stages several of the nation’s most attended events, including the Randox Health Grand National, The Cheltenham Festival and The Derby Festival. It is also one of the UK’s leading music promoters, runs The National Stud and operates racehorse training centres in Newmarket, Lambourn and Epsom Downs.

A senior executive at The Jockey Club for the last seven years Nevin joined as Group Finance Director in 2013 from Centrica plc, where he was Finance Director for British Gas’s £9 billion Residential Energy division. He previously worked at The AA and Ernst & Young and is a graduate of the University of Cambridge.

A racing fan and racehorse owner, Nevin is also a Board Director of Jockey Club Racecourses, The National Stud, Jockey Club Catering, The Racecourse Association and Racecourse Media Group.

Sandy Dudgeon, Senior Steward of The Jockey Club, said: “The Board are delighted to appoint Nevin as our Group Chief Executive. He has demonstrated excellent leadership of the whole business over the last few months and first-class performance as a senior executive over several years.

“He and his senior team have now completed a significant reorganisation programme designed to set The Jockey Club onto a firm footing for innovation, growth and sustainability for the future, and I wish him every success in the role.”

Nevin Truesdale said: “The Jockey Club is full of talented and hardworking women and men who are passionate about the future of British Racing, whether they have come into the industry from a whole range of different sectors or had a career within the sport to date.

“I’d like to pay tribute to how our teams have handled the challenges of the pandemic and its impacts so far and I’m confident we will navigate this crisis and on to a very exciting future.

“Over the past few months I’ve enjoyed strengthening working relationships and making significant progress for the industry with our diverse range of stakeholders and commercial partners.

“Collaboration and strong relationships are so important to delivering success, as is listening to your customers, providing fantastic experiences for all and constantly embracing change and innovation. We’ll be working hard to continue our success in these areas in the years to come.”