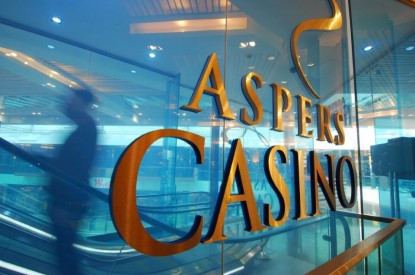 Aspers Casino in Westfield Stratford City is being forced to use plastic cups throughout the venue, except in the VIP and restaurant areas, following a fourth licence review in less than three years.

Councillor Ian Corbett, Chairman of Newham’s licensing sub-committee, said: “We are committed to ensuring that all premises that are licensed in the borough provide a safe environment for residents and visitors to the area and that they are operated by management teams that are responsible and take the appropriate action to protect their patrons. The committee has heard evidence from both the police and Aspers and has decided to impose extra conditions to the Aspers licence to ensure that it remains a high quality and safe establishment for all.”

The council sub-committee agreed to introduce a team of welfare officers to interact with customers. There will also be improved security checks before entry and more CCTV cameras.

James Rankin, solicitor for the Metropolitan Police, pointed to similarities between the July glassing incidents and said there were concerns that it was “only a matter of time” before an assault escalated.
Stephen Walsh, solicitor for Aspers, said: “Aspers does take extremely seriously its responsibility, not only for responsible gambling but also crime and disorder on the premises,” he added, and pledged to work more closely with the police.