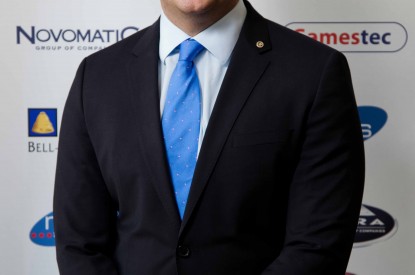 Novomatic UK has undertaken a strategic realignment of its management structure effective as of January 1, 2017.

Chief among the changes is the decision by Zane Mersich to relinquish his post as Managing Director of Astra Games in order to focus on leading the group as CEO of Novomatic UK. His permanent base will be the group’s London headquarters.

The second change sees the retirement of Bell-Fruit Group Managing Director John Austin who steps down after 15 successful years at the helm of the iconic Nottingham gaming machine manufacturer. BFG will still be able to draw upon his vast industry experience, however, as he plans to remain with the company in an ambassadorial role.

The vacant Managing Director roles at Astra and BFG are to be filled by current Gamestec Managing Director Chris Butler who comes with an enviable pedigree in the manufacturing and operating sectors, having spent most of his career in the gaming industry including 20 years with Barcrest.

He will be replaced at Gamestec by Peter Davies who becomes Managing Director of Gamestec and Playnation simultaneously. Davies, who now also joins the Novomatic UK Board of Directors, has an intimate working knowledge and experience of the Gamestec business having held the position of Commercial Director at the national operator prior to taking the lead role at Playnation.

As part of the realignment, Mazooma Interactive Games Managing Director Tony Oliver and Extreme Live Gaming Managing Director Darwyn Palenzuela will report directly into Zane Mersich. There will be no further changes to the Board or management structure going forward.

Zane Mersich, Novomatic UK CEO, said: “It has been a pleasure and an honour to serve Astra Games as Managing Director over the past eight years through some challenging times for the industry and, consequently, the business. As a testimony to the innovation, teamwork, enthusiasm and dedication of the Astra team the company has managed to grow substantially over this time and is proud to be successfully active in almost every segment of the dynamic UK gaming industry. The full year 2016 will record a more than trebling of the revenues recorded back in 2008 when this exciting journey began.
“As for me, I can now focus my energy on leading Novomatic UK through the next phases of its progress and development. There is wonderful momentum in the business that we fully expect NOVOMATIC UK and its subsidiary companies to grow from strength to strength in the years to come.”

Mersich continued: “Both Astra and Bell-Fruit Group are now in the highly capable hands of Chris Butler who has experience of leading at the highest level. And in Peter Davies, we have a Managing Director who brings energy, dynamism and a sound knowledge of operating to the Gamestec and Playnation brands. With this abundance of experience and ability we are well-positioned to face the future and rise to the challenges and opportunities that may be presented to us.”

BFG MD John Austin said of his impending retirement: “I am privileged to have been at the helm of Bell-Fruit Group throughout such a rich period of sustained success and to have worked with some of the best talent in the business. Furthermore, I am particularly proud to have been involved during the company’s 50th Anniversary year of trading which will always remain a memorable milestone in my career. I wish Bell-Fruit Group and Novomatic UK all the best for the future and will offer my support and experience wherever possible.”

On his new dual role as MD of Astra and BFG, Chris Butler commented: “I’m delighted to have been afforded the opportunity to lead two of the biggest names in gaming. Astra and Bell-Fruit are synonymous with the UK gaming machine sector and are widely lauded as being among the most innovative and progressive brands in the business.”
Peter Davies, who takes the lead at Gamestec and Playnation, noted:

“Opportunities to steer world class operations such as these are few and far between and I’m looking forward with huge anticipation to the challenges that lie ahead. The timing is perfect for me at this stage in my career and I can’t wait to begin working with some of the most dedicated and talented people in the business.”