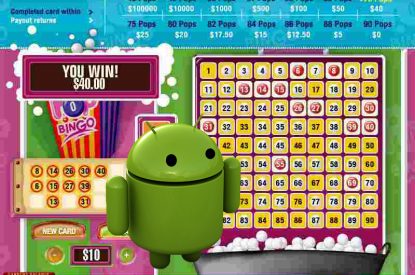 Playtech has launched its first mobile bingo product on the Android operating system, meaning players are now able to access their online accounts via Android handsets and play along with players from the web.

In the coming months the product will be rolled out across the iOS platform for iPhone and iPad users as well as a HTML5 version.

The product itself gives players a seamless experience between the web and mobile platforms where they are able to play bingo variants including 90, 75, 80 ball as well as Deal or No Deal Bingo. In addition to this players will be able to chat with other users, regardless of whether they are on mobile or web platforms and play mini side games such as the hugely popular Clover Rollover at the same time as playing bingo.

Rhys Owen, Head of Bingo, said: “This is a significant step for Playtech in terms of cementing our position as the leading supplier of bingo software in the industry as well as offering licensees the largest networked bingo and jackpot liquidity through a new and thriving channel. We’ve seen the trends in the sportsbook and casino arena’s and its only logical that we develop a mobile offering which enables our partners to attract a new type of player as well as giving our licensee’s an additional medium through which to engage with their players.

This has been a year in the making and we’ve invested heavily in customer research in order to provide the most user-friendly and entertaining product possible based on the size constraints of mobile devices. As one of the first suppliers to offer mobile bingo we believe our licensee’s will have a distinct advantage over their competitors in terms of platform choice for the player which will assist them in gaining greater market share.”

The mobile bingo product is now available through a select number of Playtech licensee’s and will be rolled out to a core group of partners in the coming months.