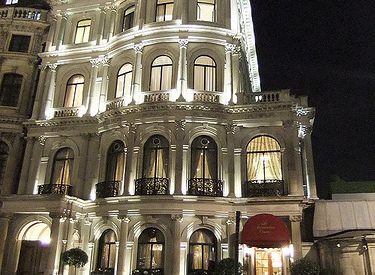 A Dubai-based financier is taking legal action against London’s prestigious Les Ambassadeurs casino in an attempt to recover £10m in gambling losses, claiming that the casino that the casino failed to prevent ‘collusion and cheating.’

Iraj Parvizi claims that the casino failed to protect him from an elaborate sting involving card sharps and masseuses whilst he played at a poker event in the casino.
He believes that the legitimacy of £185,000 lost in one night playing poker was compromised by an alleged conspiracy between professional poker players. The player refused to honour the loss, cancelling cheques to the casino for the £185,000 worth of chips. When the casino sued him, he counter sued, claiming for the total £10m sum that he has lost at the casino during four years of playing poker at the venue, all which Mr Parvizi claims are now compromised.

According to Mr Parvizi, two professional players were working together, advising him to bet as much as possible and then splitting their winnings. His suit also details a team of masseuses employed by the casino to help players relax. Mr Parvizi claims the girls were’ under the instruction’ of game supervisor Craig Stevens, who oversaw the poker game on behalf of the casino, of employing the girls to be ‘under his instruction’ and that they are to view and communicate what cards players had.
Les Ambassadeurs slammed the claims as ‘embarrassing’ in papers filed with the High Court, claiming it was an ‘accepted poker strategy’ for stronger players to encourage those weaker players to bet higher amounts.

One of the high-rollers involved in the game said: “No-one would need to cheat to beat Iraj. We’re professionals and he’s terrible, so it’s like Brazil versus San Marino in football. As a professional player, you sometimes need credit and you rely on your reputation. I’d rather lose than collude.”