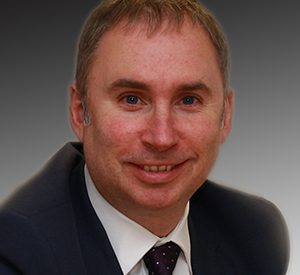 Reflex Gaming Managing Director Quentin Stott has presented a cheque for £1000 to Praesepe’s Head Of Machines Nigel Davis last week as a donation to the operators’ charity CHIPS.

“This year was the first time that Reflex Gaming entered a team into the Praesepe 5-A-Side tournament and we had a fantastic day, even though we didn’t win,” says Quentin. “We are really impressed with Praesepe’s efforts in raising money for CHIPS, which is a wonderful charity that supplies specialist wheelchairs to children. Obviously this improves their lives immensely and we were keen to assist with the fundraising efforts.”

In total, the 5-A-Side and family fun day, organised by low-stake gaming operator Praesepe raised an incredible £18,000 for the industry CHIPS charity. Since its inception, CHIPS has raised over £1m, sufficient to purchase 400 bespoke, powered wheelchairs for children with profound physical disabilities.

The men’s competition was won by a team from Praesepe’s parent company, Gauselmann, who flew into the UK from Germany and saw off the challenge of EMW FC to claim the coveted CHIPS trophy. In the female event, Gill’s Girls overcame strong competition in the form of Wilson’s Girls to take the ladies title.

Attending as guest of honour was teenager Michael Murphy, who was presented with a powered wheelchair by the CHIPS charity at Beacon Bingo, Cricklewood earlier this year. A talented 17-year old who represents Great Britain in Para Equestrian Dressage and whose dream is to compete in the Paralympics, Michael made a special appearance to personally thank everyone for their generosity.