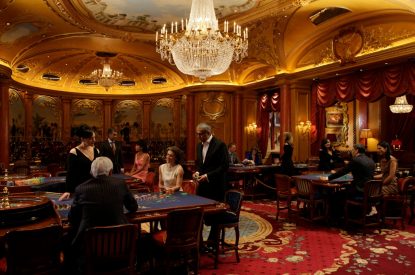 The Ritz Casino in London is being forced to sue a Singapore player after his check for £5m bounced.

In a writ served at the High Court, the high-end casino claims that property developer Bharat Kalwani exchanged the ‘worthless’ cheque for chips last October. Two months after the player’s multi-million-pound gambling spree, the casino tried and failed to cash the cheque with RBS claiming the account on which it was drawn had been shut back in August 2012.

The Ritz is demanding the initial £5m as well as interest of £1,000 a day. The Ritz said five £1m cheques signed between October 5 and 7, 2013, “which were each signed by him and given in exchange for tokens received by Mr Kalwani, enabling him to take part in gaming at the Ritz Club”.

It states: “Prior to the cheques being presented by the club to its bankers, Mr Kalwani redeemed each and replaced them with one single cheque in