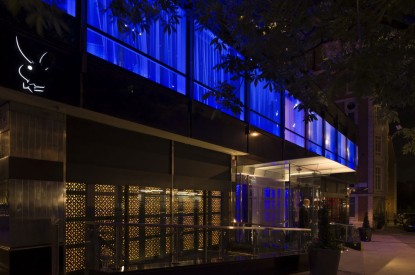 A Romanian poker player has been found guilty of marking cards in casinos across the UK to con operators out tens of thousands of pounds.

Mihai Lacatos, one of the first people to be convicted for ‘card marking,’ would make almost invisible dents and bends in cards over a six year spree that saw him use fake ID to con casinos all over the country including the Playboy Club in Mayfair, London, where he took £43,400 in just one week.
Despite being banned, the 61-year-old managed to gain access to casinos in Leicester, Salford, Nottingham, Birmingham and London. He admitted 14 fraud offences and four further charges of possessing false ID documents which going back to 2008.

He aroused suspicions at the Playboy Club due to the size of his win. Owner Caesars Entertainment contacted the Metropolitan Police’s Gaming Unit who issued his image to casinos across the UK.
He was subsequently arrested in March last year at the Rubicon Casino on Regent Street, Northampton.
Officers took £1,485 from him on his arrest but while on bail he visited at least another three casinos. He should have attended court in May 2014 but failed to show. He was eventually tracked to Luton Airport where he was arrested.

Lacatos conned the Rendezvous Casino in Southend-on-Sea, the Genting Palm Beach Casino in Mayfair and Maxim’s Casino, as well as the Rank Casinos in Leicester, Stockport, Salford, Swansea, Portsmouth, Nottingham, Sunderland, Birmingham, Walsall and London premises in Victoria and Bayswater.
He will be sentenced at Southwark Crown Court on 16 March.

In October last year, poker player was spared jail for deploying an ‘edge-sorting’ technique which the courts ruled was paramount to cheating.

The 38-year-old American had sued Crockfords after the London casino refused to honour his winnings from two days play in August 2012. The courts ruled however that the casino shouldn’t have to pay Mr. Ivey his £7.7m in Punto Banco winnings.The casino, owned by Genting Casinos UK, claimed Mr Ivey had used a technique called ‘edge-sorting,’ which provides the player with ‘first card advantage.’ It involves analysing the patterned reverses of playing cards, looking for slight defects to allow the player to identify a suit and number.

Genting’s lawyers claimed that Mr. Ivey’s conduct broke the essential premise of the game of baccarat rendering any gaming contract between player and operator defunct.