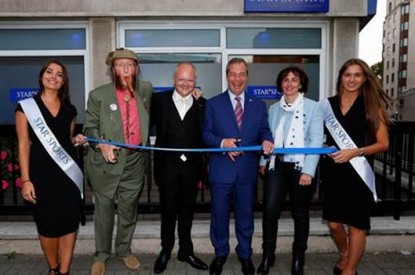 Star Sports, one of the UK’s fastest-growing, independent bookmakers, has opened a luxury betting shop, right in the heart of Mayfair.

The exclusive, Brighton-based company, which has made giant strides in recent years, has taken over the well-known premises on Deanery Street, just metres away from the historic Dorchester Hotel on Park Lane.

Star Sport’s owner Ben Keith said: “This is another hugely exciting chapter in the history of Star Sports. It was a lifetime ambition for me to stand at some of the best pitches in the country and now opening a shop in Mayfair really is the icing on the cake.We currently provide all our customers with the very best service in the market and plan to do more of the same here in Mayfair. Come along and see for yourself.”

In addition to its position as one of the leading telephone bookmakers in the UK, Star Sports also last year acquired 18 racecourse pitches from BetVictor at leading racecourses such as Ascot, Cheltenham, Goodwood and Sandown Park.

Star Sports can also be found offering betting at both Lord’s Cricket Ground and the Oval.