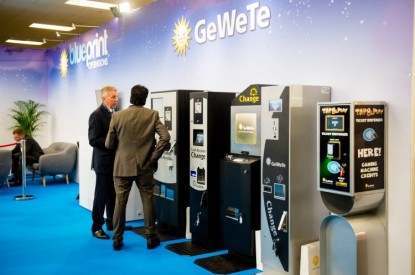 The number of AGCs operating on TITO will increase by 30 per cent within a year, according to GeWeTe Sales Manager for UK and Ireland, Mark Edmundson.

The projections were made following feedback from customers attending ACOS where the Gauselmann owned company enjoyed a successful show.

“A lot of the conversations that we had with customers at ACOS revolved around TITO with operators looking to increase significantly their volume of TITO enabled machines.” he stated. “Such is the success of TITO and the level of player acceptance that we can safely expect to see the number of AGCs using the system to increase by at least 30 percent by Q4 2020.”

MARS – the Machine Administration Reconciliation System, which was developed by the Gauselmann Group is helping to accelerate the take-up of TITO. Mr. Edmundson confirmed: “Although there are a number of TITO and data capture systems on the market, there isn’t a single system that offers all of the features that are available on MARS which is being constantly updated offering enhanced efficiency and improved security.”

Edmundson has also identified a greater emphasis being placed on aesthetics as well as functionality. “Many stand visitors highlighted the contemporary design of our Cash Recycler Premium, which made its UK debut at ACOS” he said. “I think what we are seeing is a need for functional products to also look the part in order to complement the greater emphasis that’s being placed on the design, layout and finish of AGCs, FECs and Bingo Clubs. Products, all products, need to complement and not detract from the environment in which they are sited. Operators are making significant investments to deliver a contemporary consumer experience which is consistent across the board.”