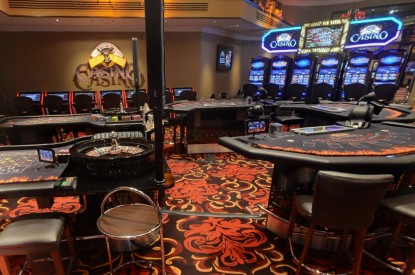 Two British casino croupiers have been jailed following their role in a roulette scam at the Coral Island casino in Blackpool.

Craig Walker and Daniel Johnson, colluded with a friend to take £23,000 having fixed a roulette wheel so that ball would stay in the same scallop. The pair along with friend Kevin Traynor admitted fraud once their scam had been revealed on CCTV.

Mr. Traynor, who took £2,100 from the table on one visit to the casino, was given a signal when one of the pair performed a ‘no spin’ on the wheel. He increased his bet from £25 to £100 following the signal.

Recorder Nicholas Clarke QC said: “On eight occasions you operated the game in such a way that your stooge, who you brought in from Manchester, could come in and play the game to win.You gave a signal, a no spin was arranged which prompted an increased bet and so secured a larger win than you would by playing by chance or without the knowledge of the wheel.”

Their accomplice was given a nine-month sentence suspended for two years and ordered to carry out 200 hours of community service.

Patrick Williamson, prosecuting, said: “All three said their motivation was that they had been in debt.”

Fraser Livesey, defending Walker, said: “He will never again work in the trade he has learned since he was 18. No one is ever going to trust him.”