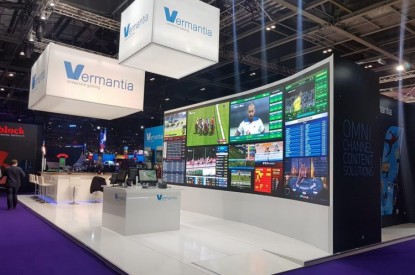 Following completion, Vermantia has confirmed its new executive leadership team, with Vermantia’s former COO George Fotopoulos to lead the company in the CEO role, with Vermantia founder Filippos Antonopoulos to act as a Strategic Consultant for ARC. Mark Kingston, Director of Media Technology & Production at ARC will also join the Board of Vermantia.

Mark Kingston, Director of Media Technology & Production at ARC, commented on the acquisition: “ARC has been a major shareholder in the Vermantia business for a number of years and completing the acquisition of the business reflects the Groups commitment to growing the content distribution business.”

“There are numerous product synergies between the two companies as we are moving forward, with plans to form a powerful business that unlocks multiple new projects and a brand-new approach to media rights & broadcasting.”

The acquisition aligns with ARC’s strategy of investing to build vertically integrated technologies, from content to broadcasting and distribution, creating a unique offering in global racing and beyond, via Vermantia’s product portfolio.

Vermantia will continue to develop its product line, enter new markets and expand its presence in existing ones, taking its business to the next phase and further strengthening its leadership in content distribution technologies.

Founded in 2007, Vermantia has offices in Athens, Cyprus, and Italy, as well as representatives in the UK, CIS, and Nigeria, allowing it to partner dozens of international operators across 32 countries.

Filippos Antonopoulos Vermantia’s Founder said: “This combination recognises the work done by our team over the last years through its commitment to innovation in omnichannel content and distribution technologies as well as in Vermantia’s international expansion. We are glad to join fully ARC and further elevate Vermantia’s leadership through its scale.”

In 2015, ARC set up The Racing Partnership. This limited company represents the media rights of the 16 ARC owed racecourses and four independent racecourses, Hexham, Newton Abbot, Plumpton and Ripon. ARC is a shareholder in both Sky Sports Racing and Premier Greyhound Racing

George Fotopoulos, CEO of Vermantia added: “Fully joining forces with ARC is recognition of the power of Vermantia’s solutions and its commitment to deliver cutting-edge technologies to the entire gaming industry.”