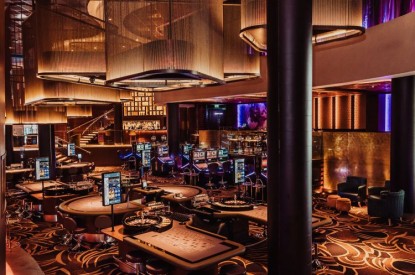 The owners of Victoria Gate Casino in Leeds will pay have to £450,000 after a Gambling Commission investigation revealed social responsibility and anti-money laundering failures at the business.

VGC Leeds Limited, trading as Global Gaming Ventures, will pay the money as part of a regulatory settlement agreed with the Commission.

A public statement details failings in the way VGC identified and managed customers who were at higher risk of money laundering and gambling-related harm.

Helen Venn, Commission Executive Director, said: “Our investigation identified weaknesses in VGC’s safer gambling controls and found it had failed to effectively implement its policies and procedures for customer interaction. Furthermore, VGC failed to make use of all relevant sources of information to ensure effective decision making and to guide effective customer interactions. These failings were identified as part of our ongoing drive to raise standards across the whole gambling industry. All operators should be very aware that we will not hesitate to take action against those who fail to follow rules that are in place to make gambling safer and prevent it being a source of crime.

“Consumer protection should be an operator’s main priority and we would advise every gambling business to read today’s public statement so they do not make the same mistakes as VGC.”

One customer incurred losses of £275,000 over 22 months before the licensee requested source of funds evidence. When source of funds information was finally sought the operator relied on a tax account which it considered supported income of £217,391. The Commission said: “Clearly this figure did not support the affordability of the customer’s losses. To establish source of wealth the operator also relied on the customer being the main shareholder for a dormant company and the fact that the customer’s firm had undertaken construction work at its premises. Furthermore, although regular interactions took place with the customer the Licensee accepts it failed to record these interactions and its rational for decisions on the customer’s profile as required by its own policy.