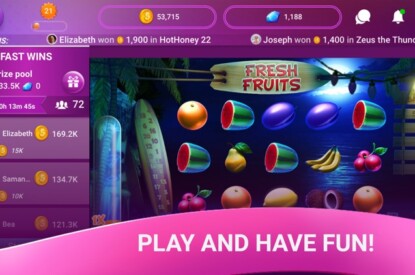 The UK Gambling Commission has announced that Malta-based Vivaro Limited has agreed to pay £337,631 as a regulatory settlement after a series of shortcomings were identified.

An investigation following a compliance assessment conducted in April 2021 into Vivaro found specific failures in its processes aimed at preventing money laundering and ensuring safer gambling, the Gambling Commission stated in a public statement on January 17, 2023.

Specific failures between October 2020 and June 2021 saw customers deposit ‘significant’ sums of money before KYC checks were carried out, whilst the company’s staff were not sufficiently informed of Source of Funds (SoF) processes. The Commission deemed Vivaro’s AML checks ‘ineffective’ in establishing source of funds as bank statements were not fully scrutinised and a ‘reliance was placed on winnings from other operators.

The UKGC pointed to examples of one customer who deposited £14,850 within two months without SoF being established, and another who showed a bank balance of over £270,000, said to be winnings from other betting accounts.

The UKGC explained that whilst their view was that some checks were conducted, they were not sufficient until the customer had met the Licensees’ ‘very high AML threshold’, and that Vivaro were over reliant on the customer’s net gambling position. In addition, they believed

Vivaro failed to sufficiently consider the risks associated with recycled winnings, in particular, no additional checks were undertaken to confirm the origin of the funds that had been used to gamble. However, the Commission also confirmed that they found no evidence of criminal spend during the compliance assessment.

Lastly, the Commission also criticised Vivaro for failing to ‘sufficiently consider the risks’ associated with crypto currency trading. Crypto currency is considered high risk by Commission Officials and should be subject to further investigation.

The Gambling Commission said all £337,631 settlement, which is in lieu of a penalty package of £302,500, will go to “socially responsible causes”.

When determining the appropriate action to take, the regulator said there were “significant licence condition breaches for a sustained period of time, however, Vivaro was “proactive and timely” in addressing all the issues identified, as well as being “open and transparent from the outset of the investigation and fully co-operative throughout.”

Alongside the settlement, Vivaro has also agreed to undertake a third-party audit within 12 months of the review’s conclusion.

Vivaro stated: “It is a Regulatory Settlement in lieu of a financial penalty. Thus, the headlines should be changed: this point is very important as it is not a fine or a penalty.  “Vivaro Limited agrees Regulatory Settlement with UKGC for AML and Social Responsibility failings.” The Commissions review found no evidence of criminal spend. Vivaro took proactive and timely action to address all the issues identified. Vivaro were open and transparent from the outset of the investigation and fully cooperated throughout: “The UKGC public statement read that “in determining the appropriate outcome the Commission noted in its assessment that Vivaro had been open, transparent and cooperative throughout the investigation and had taken proactive and timely action to address all the issues.”