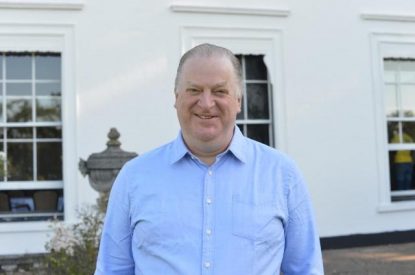 William Hill has appointed James Henderson as Chief Executive Officer of the group, effective from August 1 2014.

Mr. Henderson has been with the group for 29 years and is currently Group Director, Operations, with oversight for the UK Retail business, Online, William Hill Australia and William Hill US. He will take over as Chief Executive from Ralph Topping who is standing down on 31 July 2014 after 44 years with the Group and six as Chief Executive.

Gareth Davis, Chairman, commented: “After an extensive and thorough review of both internal and external applicants, the Board is delighted to appoint James Henderson to the CEO role. His breadth of knowledge spans the whole Group, having worked in both the major divisions, overseen the establishment of William Hill US and, most recently, taken responsibility for William Hill Australia. His established relationships, both with the strong cadre of senior managers and within the wider industry, ensure he is the best person both to sustain the momentum William Hill has achieved under Ralph and to progress further the digital and international diversification of the Group.

Mr. Henderson added: “On behalf of the Board, I would like to thank Ralph for his 44 years of service to William Hill and his exceptional contribution and achievements. As Chief Executive, he has provided strong leadership and direction during challenging times, built a market leading digital business, extended the Group’s international footprint and established a strong management team capable of sustaining that growth over the coming years. I am both delighted and excited to be taking on the leadership of William Hill during its 80th anniversary. Under Ralph as Chief Executive, the Group is in the best competitive shape I have ever known and he has created, in my view, an unrivalled team with an outstanding track record. Whilst we face challenges as an industry, there are also plenty of opportunities to keep strengthening William Hill by further diversifying our revenues and continuing to build a responsible, sustainable business.”

Ralph Topping added: “I have enjoyed working with James for many years and am pleased to have appointed him to various important operational roles in that time. It is great to have seen him progress up through the business to the point of taking on the big job, the role of Chief Executive. As a “one company man” I am naturally a big supporter of William Hill and its people, so I really wish James and the rest of our management team all the success in the world in continuing to take the company forward.”