Ukraine – Dnipro Hotel closing in on casino licence in Kiev 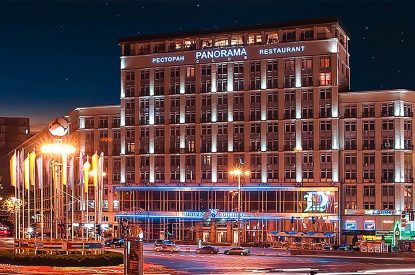 The Dnipro Hotel in central Kiev has been refused a casino licence by Ukraine’s gambling and the lottery commission but with just paperwork issues, holding it open, a licence is expected to be issued soon.

Esports entrepreneur Alexander Kokhanovskyy, the new owner of the hotel, bought it from the state for $41m in July 2020, and applied for a casino license in December. His plan was to launch it as Europe’s first resort dedicated to competitive video gaming but a casino company has since come onboard.

Speaking to the Kyiv Post, Mr. Kokhanovskyy explained that he would be reapplying with ‘just a few mistakes that should be fixed.’ He said: “The market has become absolutely legal, and we have received five really good offers to rent an area within the Dnipro Hotel to open a casino. We’ve decided to do that. Meanwhile, it’s not changing the concept in any way. The hotel he envisioned was supposed to be a venue dedicated to esports, where teams or individuals play against each other for prize money in front of millions of viewers watching online and offline.”

The Commission for the Regulation of Gambling and Lotteries has already issued 18 licenses, including seven high-end hotels in Kyiv including the Fairmont Hotel.