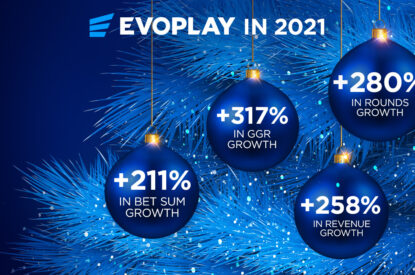 Game developer Evoplay reveals how it ended 2021 in record-breaking fashion, marking the most successful year yet for the studio since its inception in 2017.

In a 12-month period that saw the company hit multiple milestones, Evoplay reported growth across several segments, launched ground-breaking products and was acknowledged by the industry at different award events.

Compared to the previous year, Evoplay showcased an impressive 212 per cent growth in B2B deals, which included partnerships with notable brands such as, EveryMatrix, MeridianBet and Slots.io.

Similarly, there was a 258 per cent growth in revenue, reflecting the provider’s ability to offer engrossing games, as Evoplay remains committed to pushing boundaries to deliver innovative gameplay.

A 317 per cent growth in GGR, 211 per cent in total bets and a 280 per cent surge in player rounds has highlighted the studio’s ability to provide its partners with a truly next-generation gaming experience, which was bolstered by an ambitious and successful rebrand, as well as its Star Guardians launch.

The launch of the bold marketing campaign behind Star Guardians generated an unrivalled sense of excitement, as the industry’s first third-person shooter reached over 100 million players in 2021.

The year also saw a clutch of award wins, including the Innovation in Marketing Award at the CasinoBeats Game Developer Awards, while its games received recognition with Fruit Super Nova and Dungeon: Immortal Evil winning bronze and silver in their respective categories.

The icing on the cake for the studio was Evoplay CEO, Ivan Kravchuk taking home the coveted Leader of the Year Award at SBC’s 2021 ceremony, highlighting the company’s strong leadership and driving force that allows it to build on its progress and increase its growth momentum.

Commenting on its record-breaking success, SBC Leader of the Year and Evoplay CEO, Ivan Kravchuk, said: “We’re immensely proud with what we have achieved this year – we reported significant growth across the company and were able to release revolutionary content such as the impressive Star Guardians game.

“In our short story, we are pleasantly surprised with how quickly we have grown. With this successful year behind us, we now have our eyes set on delivering another year of success and exceptional growth in 2022.” 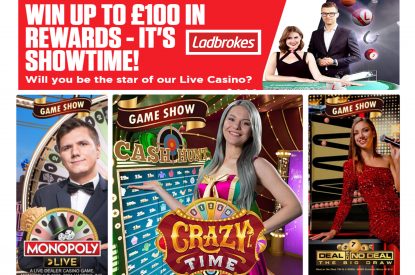 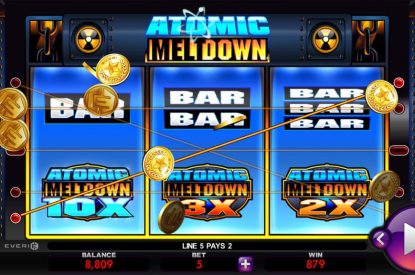 US – Everi Digital expands into West Virginia with BetMGM, BetRivers and DraftKings 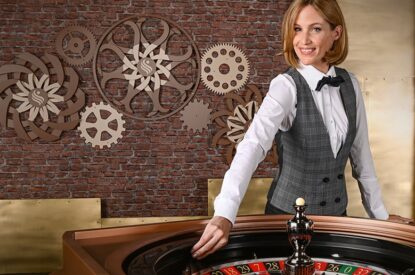