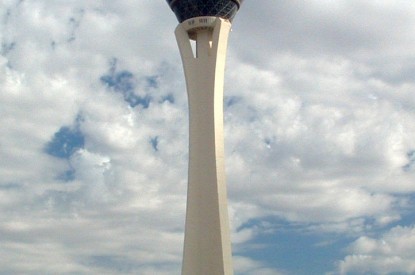 Operator American Casino and Entertainment Properties (ACEP) has seen its application for an interactive gaming licence be approved by the Nevada Gaming Control Board. It could now achieve full approval from the Nevada Gaming Commission as early as September 20.

It hopes to launch a free play poker site by the end of 2012 with final regulatory approval launch a real-money poker website sometime next year.

ACEP, the owners of the Stratosphere Hotel and Casino in Las Vegas and two Arizona Charlie’s casino in Las Vegas and the Aquarius in Laughlin, is looking to team up with WMS Gaming to develop its online offering. It is now hoping to follow in the footsteps of South Point Poker who became the first licensed operator of an intrastate, real-money poker website.Reno-based International Game Technology and Monarch Interactive have already received full approval along with Las Vegas-based Bally Technologies, Global Cash Access and Shuffle Master.
Orrin Edidin, President and CEO of WMS Interactive, said internet gaming was a ‘natural evolution’ for the company.
Alec Driscoll, Director of gaming development at ACEP, added: “It’s a new chapter in our company’s history, one we can use to enhance our existing properties.”