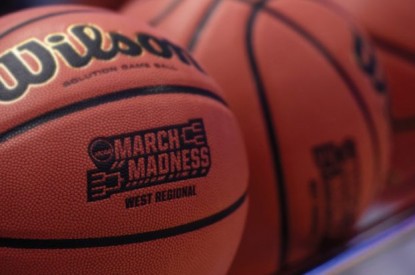 The American Gaming Association (AGA) estimates that Americans will wager more than $10bn on the upcoming 2018 NCAA men’s basketball tournament.

Of that $10bn, only about $300m, or three per cent, will be wagered legally through Nevada sports books.

According to a recent legal analysis, roughly two-thirds of states’ laws make it illegal to participate in sports pools, including filling out an NCAA tournament bracket, if there is money involved. Despite this, 10 percent of American adults, or nearly 24 million people, reported spending nearly $3bn in the past year on college basketball pools alone.

“Our current sports betting laws are so out of touch with reality that we’re turning tens of millions of Americans into criminals for the simple act of enjoying college basketball,” said Geoff Freeman, president and CEO of the American Gaming Association. “The failed federal ban on sports betting has created an illegal, unregulated sports betting market that offers zero consumer protections and generates zero revenue for state and tribal governments.

“As the Supreme Court considers the constitutionality of PASPA, AGA is focused on working with all stakeholders to put the illegal market out of business and enable a safe, legal way for American consumers to participate in next year’s office pool without fear of prosecution,” continued Freeman.

The US Supreme Court will make a decision on New Jersey’s challenge to PASPA’s overreach in the coming months, potentially enabling an expansion of legalized sports betting. Meanwhile, 48 pieces of sports betting legislation are active in 18 states, as legislatures across the country prepare to take advantage of this opportunity.

On December 4, 2017, the United States Supreme Court heard oral arguments on Christie v. NCAA, which challenges the constitutionality of PASPA. The Court is expected to issue a decision on the case in the coming months.

AGA filed an amicus brief with the Supreme Court detailing the impacts of the failing federal sports betting ban. The brief highlighted the thriving $150 billion illegal sports betting market in the US.

At least 18 states have active sports betting-related legislation, with more expected to introduce bills throughout 2018.