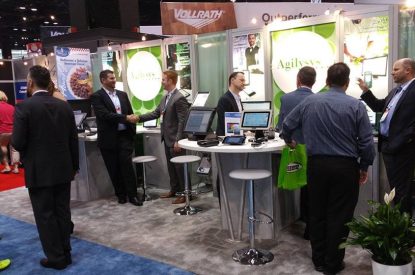 The Association of Gaming Equipment Manufacturers (AGEM) announced today that its Board of Directors has approved the membership applications of eight new companies, bringing the trade group comprised of the world’s leading gaming suppliers to a total of 149.

The new AGEM members are:

•Agilysys, based in Alpharetta, Ga., is a leading global provider of next-generation hospitality software solutions and services.

•Casino Connection International, based in Henderson, Nev., is the parent company of Global Gaming Business (GGB) magazine and its affiliated titles and websites.

•CDC Gaming Reports, based in Las Vegas, is one of the largest gaming industry news resources in the world and distributes its daily reports to more than 35,000 industry professionals.

•Century Gaming Technologies, based in Las Vegas, manufacturers gaming devices with a special emphasis on the Nevada locals market and is also a route operator.

•Four Corners, based in Dallas, provides technology and operational solutions to lottery, charitable bingo and commercial and tribal gaming operators.

•Media Resources International, based in Oakville, Ontario, Canada, and founded in 1967, manufactures digital LED displays for use in outdoor advertising and indoor displays.