US – AGEM honours Salat and Feldman 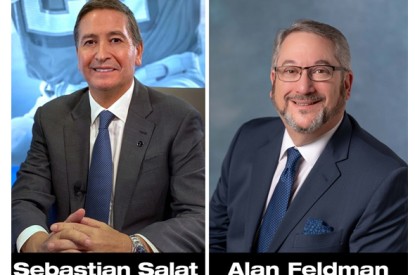 AGEM previously announced the creation of this unique annual awards program to acknowledge the lasting impacts on gaming by Halle and Mead, two distinctive industry veterans who died unexpectedly in 2015. Honorees are announced each year at the Global Gaming Expo (G2E) in Las Vegas, and this year’s awards ceremony for Salat and Feldman will take place on Wednesday, Oct. 6 at 4 p.m. at AGEM booth No. 3700 near the main entrance to G2E at The Venetian Expo.

Born in Barcelona, Spain, in 1958, Salat, 63, regarded as one of the most successful electronic gaming machine salesmen in industry history, has more than 35 years of experience in gaming, beginning in 1985 at Unidesa Gaming, the flagship company of the Spanish CIRSA Group, where he spent 15 years, the last 12 as Managing Director. He joined WMS Gaming in 2000 as Managing Director – International and was ultimately promoted to WMS President – International, boosting WMS’ global prominence and serving in that role until 2015, after which he joined Zitro as Chief Executive Officer, with a focus on the worldwide video bingo and video slot markets. Salat holds an Engineer in Electronics degree from Polytechnic University of Catalonia and separate Master’s degrees in International Trading, Marketing and Business.

“Sebastian Salat has been traveling the world selling gaming machines for decades and was one of the few who could give Jens Halle serious competition over the years for international customer engagement and the placement of machines in casinos throughout world,” said AGEM President David Lucchese, who also serves as Executive Vice President, Sales, Marketing & Digital at Everi. “We have always let the nominating criteria guide the selection of these AGEM Memorial Awards and I can’t think of a more deserving winner whose European base, global reach and overall career path mirrored those of Jens. They were fierce competitors back in the day, but their mutual respect was evident then and lives on today. Congratulations to Sebastian for this well-deserved honor.”

Born in Los Angeles in 1959, Feldman, 62, has been a leading voice and informed advocate for the gaming industry dating back to 1989, when The Mirage opened in Las Vegas and changed the dynamics of the world-famous Strip forever. Feldman served in various executive communications and public affairs positions for Mirage Resorts and MGM Resorts International for nearly 30 years, including leading the communications strategies for the launches of Treasure Island, Bellagio, CityCenter and other resorts in Las Vegas and around the country. He has also been called upon to represent the industry during numerous crises as well, including labor and customer issues, economic downturns and the impacts of both 9-11 and the Las Vegas mass shooting on Oct. 1, 2017. His commitment to responsible gaming is well known and he currently serves as Chairman of the International Center for Responsible Gaming and as Distinguished Fellow in Responsible Gaming for the UNLV International Gaming Institute.

“Alan has been ‘the voice’ of the industry for as long as I can remember and the reason is he has earned the respect of industry peers and the media alike with his professionalism and honesty through good times and bad,” AGEM Executive Director Marcus Prater said. “It’s a delicate balance to walk a tightrope of the enthusiastic hype our industry creates as well as the reasoned approach to business and Wall Street and our industry’s responsibility to problem gamblers. And yet Alan has been doing all of that with aplomb for decades. He continues to be a force for good and he meets and exceeds the nominating criteria for this award named for Peter Mead and his legacy.”

Halle, a longtime Bally and Novomatic executive in Europe who was most recently CEO of Gauselmann Group’s Merkur Gaming based in Florida, died suddenly on May 20, 2015 at the age of 57. Mead, the founder and publisher of Casino Enterprise Management magazine, died suddenly in Las Vegas on June 24, 2015 at the age of 54.
Current gaming professionals were nominated for these memorial awards based on the following criteria that aim to capture the unique attributes displayed by Halle and Mead during their storied careers: 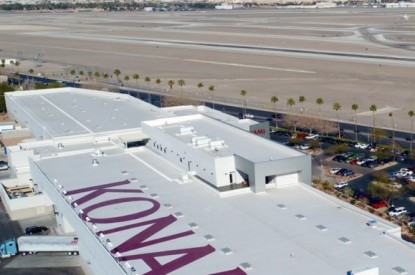