US – An Oasis at Margaritaville 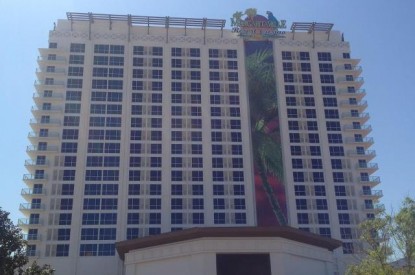 Aristocrat’s systems team will install Oasis 360 at the new, fully integrated, Margaritaville Resort Casino in Bossier City, Louisiana, which is slated to open in June 2013.

The resort is situated on 19 acres and will feature a 30,000 square foot single-level casino. Oasis 360 will monitor all 1,265 devices on the casino floor, and includes industry-leading bonusing modules such as the award-winning nRich, Ricochet Rewards and Splashdown Countdown. These powerful bonusing combinations could help to increase a property’s competitive advantage and player excitement.

Margaritaville Resort Casino Sr. Vice President and General Manager Barry Regula said: “We carefully analyzed all of the system options available to us. We chose Aristocrat’s Oasis 360 system because of its superior technology, bonusing engines and overall ease-of-use. We are confident the system will enable us to provide a superior interactive gaming environment and service experience for our guests.”

Aristocrat’s Vice President of System Sales and Marketing Kelly Shaw added: “We are thrilled with this new contract. Operators across the southern United States, and indeed across North America, understand the key competitive advantages that Oasis 360 brings to the properties that use Oasis 360. With superior technology combined with an easy user interface, Oasis 360 is simply the best choice in casino management systems.”