US – Bally looking to recruit 100 employees 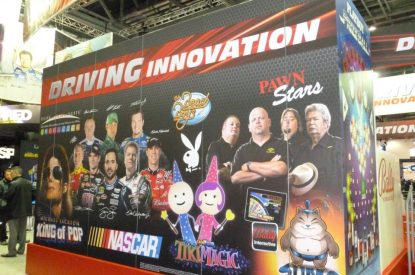 In a further sign that the industry is recovering following the darkest days of the recession, Bally Technologies is recruiting exceptional professionals for more than 100 open positions during the upcoming Game Developers Conference to be held March 27 to 29 at the Moscone Center in San Francisco.

Bally Technologies’ Senior Vice President of Operations and Human Resources Gary Kapral, said: “As an innovation-driven leader in the casino gaming industry, our thirst for extraordinary talent continues to grow as fast as our business. With a focus on developing the most entertaining content for casino games, iGames, mobile, and social, the Game Developers Conference is a fertile environment for us to showcase our career growth opportunities, competitive benefits, and award-winning innovation to Bally’s future innovators and leaders.”

The Game Developers Conference and Women in Games International networking event are among several recruiting events that Bally Technologies is attending this year as part of its mission to bring innovative talent to one of the largest casino gaming technology companies in the world. Bally Technologies recently participated in career fairs in Phoenix, Philadelphia, Atlanta, and Austin, while continuing to recruit heavily in its home state of Nevada.