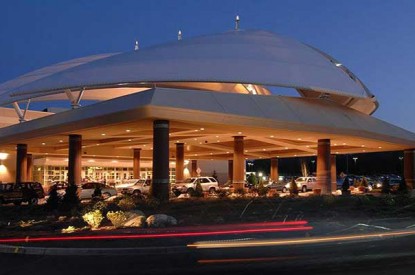 Bally’s Corporation has welcomed the State of Rhode Island’s passage of 2021-H 5223A and 2021-S 0040A, which aims to preserve and enhance Rhode Island’s gaming revenue — the third largest source of revenue for the State.

Known as the Marc A. Crisafulli Economic Development Act, 2021-H 5223A and 2021-S 0040A, establishes a 20-year joint venture between Bally’s and IGT that will create a licensed video lottery terminal “VLT) provider to supply all gaming machines to the Rhode Island Division of Lotteries for Bally’s Twin River Casino Hotel and Tiverton Casino Hotel. Under that joint venture, beginning July 1, 2021, Bally’s will be responsible for owning and leasing 23 per cent of gaming floor machines to the Rhode Island Division of Lotteries in exchange for seven per cent of net terminal income. Then, starting January 1, 2023, Bally’s ownership stake will increase to 40 per cent, subject to further increases based on machine efficiency.

The legislation also provides for a $250m economic development investment plan. Under the plan, Bally’s has committed to make numerous investments in its Rhode Island-based properties, which will provide long-term economic benefits to Rhode Island as well as Bally’s stakeholders. Those investments include, among other things accelerating job creation at Bally’s corporate headquarters with 30 new senior management positions by December 31, 2022 and expanding the Twin River casino by 50,000 sq/ft, including a 40,000 sq/ft expansion of the current gaming floor, a 10,000 sq/ft spa expansion, and an enhanced food hall area, all of which will be entirely built by union workforce;. It will also keep Bally’s corporate headquarters in Providence through 2043 and increasing its commercial footprint in Providence to 20,000 sq/ft.

George Papanier, President and Chief Executive Officer of Bally’s Corporation, said: “On behalf of Bally’s Corporation, I would like to thank Governor McKee and the Rhode Island General Assembly for their continued support and commitment to the State’s gaming industry. Rhode Island is where our roots are, and we could not be more excited to work alongside IGT and participate in a long-term endeavor that will increase industry competition, preserve and generate revenue, maintain and create new jobs, and provide exciting offerings for our valued customers.

Mr. Papanier continued: “We strongly believe that this economic investment plan will benefit Rhode Island’s gaming industry and its competitive posture in a meaningful way. Gaming revenue is critical to the State, and through the proposed improvements, we intend to not only preserve, but increase, that revenue, which will generate positive returns for Rhode Island, its citizens and Bally’s stakeholders.”