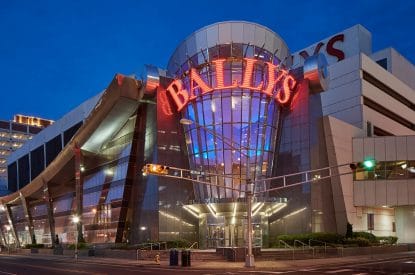 The lift was due to a reduction in COVID-19 restrictions, with all properties operating at full capacity as of quarter end as compared to 2020 when properties were closed from mid-March to June.

Revenue for the East segment increased $122m to $132.4m and the West segment increased $109.7m to $127.9m compared to the same period last year. The incremental revenues from acquisitions completed in the second half of 2020, including Bally’s Kansas City, Casino Vicksburg, Bally’s Atlantic City and Eldorado Shreveport, and those acquired in the first half of 2021, including SportCaller, MKF, Bally’s Interactive, Bally’s Lake Tahoe (formerly MontBleu Resort Casino and Spa), Tropicana Evansville and Jumer’s Casino & Hotel, contributed to aggregate revenue of $134.6m in the second quarter of 2021.

George Papanier, President and Chief Executive Officer said: “We had record revenue and earnings performance in the quarter and remain confident that we will continue to benefit from rebounding demand across our land-based portfolio. Improved consumer confidence, minimal capacity restrictions and our disciplined operating strategy all contributed to extremely strong numbers across the board in the second quarter.”

Mr. Papanier continued, “The closing of the Bet.Works acquisition was another significant step in our evolution to become a leading omni-channel provider. We continue to make progress on our transformative acquisition of Gamesys and look forward to closing that transaction during the fourth quarter.”

The company also continued to see strong operational efficiencies that positively impacted margins, a trend since re-opening from the pandemic. Income from operations in the second quarter of 2021 increased $101.5m year-over-year to $80.5m, while operating margins increased to 30.1 per cent compared to (72.5) per cent for the same period last year. Labour savings, reduced marketing and promotional spend, and the limited offerings of lower margin amenities due to COVID-19 related safety protocols continued to drive margin improvements.