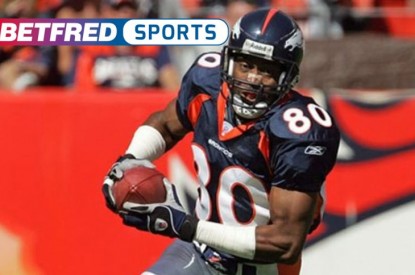 Betfred Sports has signed the all-time Denver Broncos receiving leader, Rod Smith, to an exclusive marketing agreement which will make the three-time all-star, two-time American Football champion and Ring of Fame member, the first spokesperson for the sports betting operator since launching in the US.

Under the terms of the deal, Mr. Smith will represent Betfred Sports by interacting with Colorado sports bettors and fans on social media while participating in various online and offline promotions.

“Rod is easily the greatest receiver in Broncos history and a Broncos legend,” stated Bryan Bennett, COO of Betfred USA Sports. He added, “When we were searching for a brand ambassador and marketing partner, we wanted someone of his stature on the field, but also someone who is intimately involved in the community off the field. We could not be more excited about working with Rod to make Betfred Sports a household name in Colorado.”

“The ability to bet on sports is great for all sports fans. I really love the family-owned operation at Betfred, and the way they approach the communities in which they do business,” said Rod Smith of the reason he chose to get involved with Betfred Sports. “I know what it takes to be the best, so I look forward to working with them in this exciting and competitive world of sports betting in the great state of Colorado.”

Betfred Sports has been operational in Colorado since launching its brick-and-mortar sportsbook at Saratoga Casino Black Hawk and announcing a partnership with the Denver Broncos in June 2020.