US – Borgata allowed to monitor weight as a ‘condition of employment’ 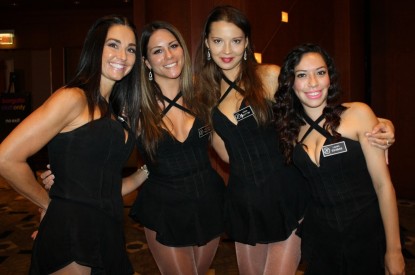 A New Jersey appeals court has agreed that the Borgota in Atlantic City can fire cocktail waitresses if their weight goes above a certain level but added that a lower court would investigate claims of a hostile work environment.

Borgata, who employs the ‘Borgata Babes,’ has only fired two Borgata Babes for allegedly violating the policy. It has been told it can legally apply personal appearance standards on its employees. The court threw out claims of weight discrimination due to it applying to male servers as well and because all employees sign an agreement stating their weight as a condition of employment. The court described the Borgata babes as ‘a specialized group of costumed beverage servers.’

The ruling said the Borgata might be guilty of an ‘overemphasis on appearance, including weight,’ and for presenting ‘an archaic stereotype of male and female physiques’ but said no violation of the state’s laws had occurred.

Joe Corbo, Borgata’s Vice President and legal counsel, said: “We have long held that Borgata’s personal appearance policy is fair and reasonable. We are pleased that the three appellate court judges agreed with prior rulings that our policy is lawful and non-discriminatory to women.”

Attorney Deborah Mains, representing the cocktail girls, said: “Sexual objectification has been institutionalised and is being allowed to stand. It’s difficult to separate the harassment claims that the court is recognising from the overall theory that the working environment is hostile because of the personal appearance standards. It’s frustrating and disappointing. The court didn’t take the opportunity to recognize the reality of sexualizing the workplace for female employees.”

She claimed the cocktail girls were asked by supervisors if they were pregnant whilst some colleagues made pigs grunts towards them.

Borgata argues that Borgata Babes are an important part of its brand with girls wearing tight fitting corsets, high heels and stockings.

The case follows complaints from Patricia Taylor and Brandi Johnson.

Patricia Taylor showed Borgata managers ‘medical documentation stating she was breastfeeding and it was ‘medically impossible’ for her to lose weight’.

She was suspended after failing to reach the desired weight within 90 days.

“Without regard for the status of her medical condition, (Borgata) informed her she would be terminated if she did not comply with the weight standard,” the ruling said.