US – Boyd gets the green light for Elk Grove casino 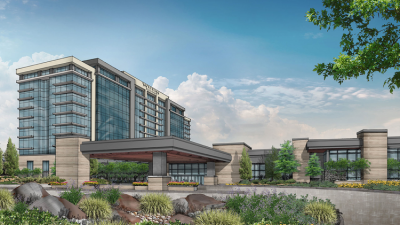 Boyd Gaming has confirmed that the California State Assembly and California State Senate have each unanimously ratified a tribal-state gaming compact with the Wilton Rancheria Tribe that will allow the tribe to develop and operate a casino resort in Elk Grove, California.

The compact was signed by California Governor Jerry Brown in July.

Boyd Gaming currently has an agreement to develop and manage a casino resort on the Tribe’s behalf. The tribe’s land, located approximately 15 miles southeast of Sacramento, was placed into trust by the US Bureau of Indian Affairs earlier this year.

After the governor has signed the ratification legislation, the Company will focus on completing the planning and development process for the resort project, and anticipates starting construction in mid-2018. Construction is expected to take 18 to 24 months.

“We congratulate the Wilton Rancheria for reaching this critical milestone in the tribe’s progress toward self-sufficiency,” said Keith Smith, President and Chief Executive Officer of Boyd Gaming. “We look forward to working with them in the years ahead as we help make their vision of a world-class gaming resort a reality.”