US – Boyd shaping up for future growth 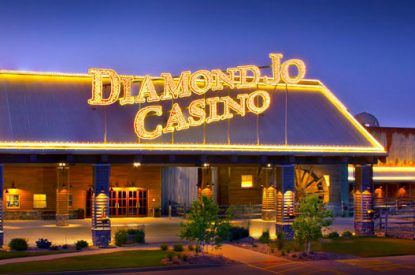 The company announced that it has appointed Chris Gibase to the newly created position of Senior Vice President and Chief Marketing Officer. Mr. Gibase will direct all of Boyd Gaming’s marketing functions, including digital and print media, advertising, B Connected, E-Commerce and event marketing. He will also continue to oversee the Company’s slot strategy.

A 37-year veteran of the gaming industry, Mr. Gibase previously served as Senior Vice President, Operations, a position he held for 10 years. He first joined Boyd Gaming in 2002.

“Throughout his career, Chris has built a strong track record as a knowledgeable and innovative marketing executive,” said Keith Smith, President and Chief Executive Officer of Boyd Gaming. “His appointment as Chief Marketing Officer will allow us to further leverage his expertise, enhancing our strategic marketing and advertising initiatives across the Company.”

Boyd Gaming also announced that it has named two executives – Steve Schutte and Vince Schwartz – to the position of Senior Vice President, Operations.

Mr. Schutte will have day-to-day oversight of four properties – Diamond Jo Casino, Diamond Jo Worth, Sam’s Town Shreveport and Sam’s Town Tunica. He was most recently Senior Vice President, Operations of the Hard Rock Rocksino near Cleveland, Ohio. Mr. Schutte has nearly 20 years of executive experience in the gaming industry, including five years as Senior Vice President, Operations for Station Casinos. He was previously Vice President and General Manager of the IP Casino Resort and Spa. In his new role, Mr. Schwartz will be responsible for the operations of three properties – the IP, Treasure Chest and Amelia Belle. Mr. Schwartz served as General Manager of Treasure Chest for three years before joining the IP in August 2012.

Additionally, Boyd Gaming has expanded the responsibilities of Ted Bogich, who has served as Senior Vice President, Operations of the Company’s Midwest properties since late 2012. In his new role, Mr. Bogich will be responsible for Blue Chip, Par-A-Dice, Kansas Star,Delta Downs and Evangeline Downs.
“Refining our operations is one of Boyd Gaming’s highest priorities, and these appointments are an important step toward that objective,” Mr. Smith said. “Steve will further strengthen our leadership team, bringing significant operating experience and a fresh perspective to our Company. And by expanding Vince and Ted’s responsibilities, we can take full advantage of the skills of two of our most talented operations executives, bringing their leadership and perspective to additional properties throughout the Midwest and South.”