US – Bragg Gaming’s new content live with BetMGM in Michigan 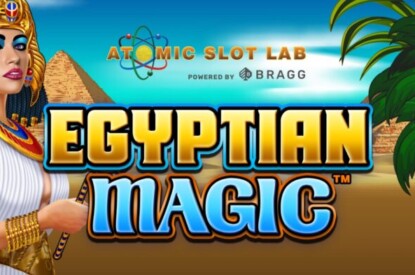 New proprietary content such as Egyptian Magic from Bragg’s Atomic Slot Lab studio as well as new exclusive titles from the Company’s partner studios is now available to BetMGM’s customers in the Great Lakes state, following the launch of Bragg’s new Remote Games Server (RGS) technology with the operator.

According to H2 Gambling Capital, the online casino market in Michigan is on track to generate Gross Win of over US $1.5bn in 2022, while Eilers&Krejcik Gaming’s US Online Casino Monitor reports that BetMGM is the leading iCasino operator in the state with a 38 per cent market share in August 2022.

The rollout of Bragg’s new content and technology with BetMGM is an extension of an existing collaboration between Bragg’s Spin Games studio and the operator, which has been in place for several years across New Jersey, Michigan and Pennsylvania.

Lara Falzon, President and Chief Operating Officer for Bragg Gaming Group, said: “We have placed an emphasis on expanding our existing relationships with North American iGaming operators to include content from the new proprietary studios we launched this year, as well as exclusive games from our latest third-party studio collaborations. This new launch with BetMGM further expands on our successful execution of this strategy, which we expect will help drive consistent, long-term growth.

“We are pleased to build on our existing relationship with BetMGM and look forward to providing them with content that helps them continue engaging with their existing players at high levels and attract new players.”