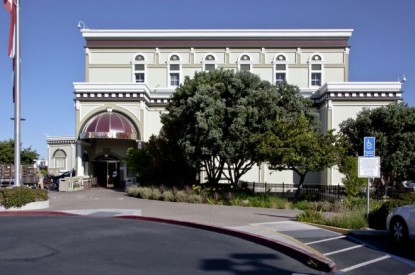 The California Department of Justice (DOJ) has announced a settlement in which Artichoke Joe’s Casino in San Bruno agreed to pay a penalty of $5.3m for misleading gambling regulators and violating the Bank Secrecy Act, a federal law intended to combat money laundering.

The casino is a 51-table cardroom with the eighth largest gross gambling revenue in the state. After the cardroom failed to timely or accurately report an investigation by the federal Financial Crimes Enforcement Network (FinCEN), DOJ’s Bureau of Gambling Control (Bureau) initiated a license disciplinary proceeding against the casino and its owners. Today’s settlement includes the largest agreed-upon penalty in the history of California gambling regulation.

Under California’s Gambling Control Act of 1998, casinos are required to make timely, full, and true disclosure to gambling regulators. The Bureau determined that Artichoke Joe’s Casino was in violation of the law when it failed to accurately report, reveal, or disclose in a timely manner that FinCEN or any other federal agency was examining the casino with respect to the Bank Secrecy Act and that the casino and FinCEN were in negotiations that could result in the casino’s admission of Bank Secrecy Act violations. Later, as part of the settlement reached with FinCEN, the casino admitted to violations of the Bank Secrecy Act, and the Bureau amended its allegations to include the admission.

Both the failures to disclose and the admitted violations of the Bank Secrecy Act breached the casino’s duties and responsibilities under the Gambling Control Act. As a result of the settlement secured by DOJ related to this case, the casino and its owners will pay a penalty of $5.3 million, reimburse the Bureau for costs associated with the case, and complete a required 36-month compliance period. Artichoke Joe’s ability to hold its state gambling license will be contingent upon meeting the terms of the settlement throughout the entire 36 months.

The penalties assessed in this settlement are in addition to the $5m penalty imposed by FinCEN as part of its settlement. In that settlement, the casino’s admitted violation of the Bank Secrecy Act’s program and reporting requirements included: failing to implement and maintain an effective anti-money laundering program; and failing to report certain suspicious activity. Artichoke Joe’s Casino also admitted that its violations covered more than eight years, from October 19, 2009, through November 15, 2017.

DOJ is committed to protecting the interests of the people of California and upholding the state’s laws and regulations. Last year, DOJ announced the arraignment and charges against Eric Nguyen and Khan “Tina” Tran in connection with an alleged gambling scheme that resulted in the theft of approximately $4 million from the 580 Casino in Livermore. In May of 2020, the Bureau of Gambling Control served an emergency order closing Towers Casino in Grass Valley. Later in 2020, emergency orders were served closing Kings Card Club in Stockton, Lake Elsinore Casino in Lake Elsinore, and Lake Bowl Cardroom in Folsom for failing to comply with state COVID-19 orders. In 2019, special agents with the California Department of Justice arrested two individuals for their alleged involvement in an embezzlement scheme that resulted in the theft of more than $200,000 from the Red Hawk Tribal Casino. DOJ also secured a more than $3m settlement against Hawaiian Gardens Casino for misleading gambling regulators and violating federal laws intended to protect against money laundering.