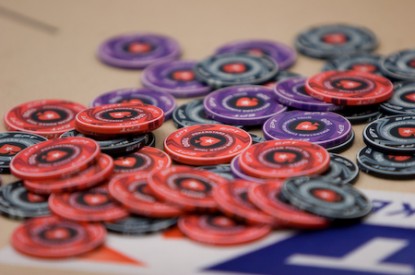 Politicians in California have proposed changes to online poker laws being pieced together in order to punish PokerStars for its previous business in the US by banning it from doing business in the state for five years.

Assembly member Adam Gray has looked to get the Pechanga Band of Luiseno Indians and the Agua Caliente Band of Cahuilla Indians, onside by piecing together legislation that prevents PokerStars in a ‘penalty box’ for being a bad actor.’

The Poker Players Alliance, along with a coalition formed by PokerStars and its brick-and-mortar partners in California, have slammed the latest changes to the Sacramento bill dealing with regulating online poker.

The PokerStars coalition, which includes the Commerce Casino, Hawaiian Gardens Casino, Bicycle Casino and two tribal groups, said the changes to the bill would create ‘a dangerous anticompetitive precedent and atmosphere.’

Pokerstars added that the move ‘will likely result in litigation and prevent implementation.’

“As early and strong supporters of AB 2863, who have negotiated all along in good faith and who have championed the right of the State to regulate this industry and protect consumers, we are disappointed at this turn of events,” the PokerStars coalition said.

John Pappas, Executive Director for the Poker Players Alliance, added: “We are deeply disappointed that Chairman Adam Gray has chosen to play politics at the behest of special interests. The proposed amendments threaten to doom the iPoker legislation for which we and our members have advocated for years. Since the Internet poker debate began in California nearly ten years ago, PPA has been the only consistent voice urging lawmakers to license and regulate Internet poker. During this time, our message remained consistent: protect consumers and promote competition. Unfortunately, some of Chairman Gray’s proposed amendments undermine this principle.

“A last-minute insertion of so-called “bad actor” amendments would, in reality, just be an anti-competitive measure that would single out Amaya/PokerStars and their California tribal and cardroom partners from participating in the regulated marketplace,” he added. “And, while some are purporting that this is a temporary five-year ban, an examination of the proposed amendments reveal that it is actually a lifetime ban. This raises serious constitutional issues and calls into question whether a bill with this language would ever be enacted, assuming it could even pass over what is sure to be stiff opposition. Most importantly, these amendments threaten to prolong consumers’ wait for regulated online poker in California.

“Also, the purpose of these amendments itself it flawed. Exclusion of Amaya/PokerStars would be detrimental for many reasons. California consumers would be left without one of the most trusted and popular online poker brands in the world. For years, California players have awaited the return of PokerStars and its proven technology. Their presence in markets increases competition, raising the bar for all operators to offer consumer-driven products. This was seen most recently in New Jersey. These amendments, were they to become law, would also mean that the operator with the most experience in protecting online consumers – from blocking underage access and mitigating problem gambling to collusion prevention and anti-money laundering measures – would be permanently forced onto the sidelines. This would be a loss not only for the consumer, but for the entire state of California.

“PPA does not believe anyone should be entitled to a license to operate Internet poker in California. We feel a license to operate is a privilege that must be earned through a vigorous vetting process and that questions of suitability should be left to independent California state gaming regulators. Legislating a “bad actor” provision would strip regulators of that independent role. We urge Chairman Gray and other members of the Assembly to pass legislation licensing Internet poker, but without this anti-competitive provision. We want an iPoker market that is strong, safe, open and competitive. That is the best result for California consumers.”

California’s online poker market is pitched at being worth something in the region of $400m a year with the state already accounting for 16 per cent of US revenue and four percent of worldwide Internet poker revenue.