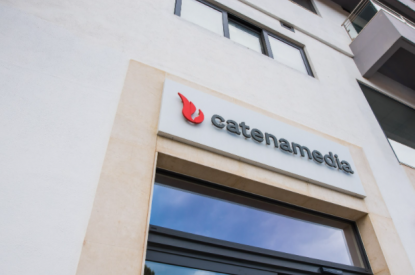 According to preliminary data, strong player engagement surpassed the highly successful launch of Catena Media’s online sports betting affiliation in New York in January 2022, notching more transactions in the first two days than any previous state go-live. While initial post-launch indications may not necessarily be representative of future trends, Ohio will be a major US market for Catena Media going forward.

The successful start puts the group in a strong position for the upcoming sports-heavy first quarter, which includes the Super Bowl and March Madness, two of the biggest betting events in the annual sports calendar.

With a population of nearly 12 million, Ohio is the seventh most populous US state and is now Catena Media’s fourth largest market by population. The group conducts affiliation operations in Ohio via its national brands such as LegalSportsReport.com, GamingToday.com, TheLines.com and Lineups.com, as well as through strong regional websites such as PlayOhio.com.

Ohio is the sixth North American market launch in the last 12 months after New York, Louisiana, Ontario, Kansas and Maryland. Forthcoming launches are likely to include Massachusetts, which has a population of 7 million and is currently expected to open in the first quarter of 2023.

Catena Media is a leading marketing affiliate for online sports betting and casino in North America. The group is active in over 20 regulated states or provinces, and the region is today the group’s core market following rapid expansion in the last few years. On 30 September 2022, the rolling 12-months North American revenue was around EUR 80m and representing growth of 33 per cent, while the total group’s adjusted EBITDA margin stood at 43 per cent.