US – Chukchansi Gold to double its number of gaming positions 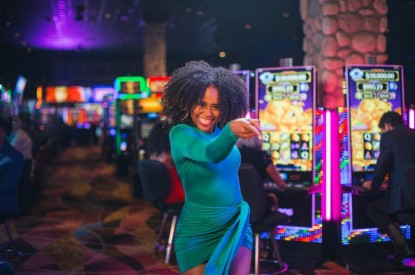 The Chukchansi Gold Resort & Casino has been given the nod to almost double the number of gaming devices at the Californian casino following the signing of a 25-year Tribal-State Gaming Compact deal between Governor Gavin Newsom and the Picayune Rancheria of the Chukchansi Indians.

It will see the operation of 3,500 gaming positions up from the current 2,000 slot machines, 40 tables games, seven restaurants and 400 hotel rooms.

A 6,138 square-foot conference center will also be unveiled in the Autumn relaunch.

Tribal Chairwoman Claudia Gonzales “Throughout the negotiations the Tribal Council worked tirelessly to protect our sovereignty, and this new compact will provide for the expansion of our gaming business. After years of tough negotiations, we reached an agreement that will ensure Chukchansi Gold remains the premier gaming resort in the region.”

The announcement concludes several years of negotiations between the Tribe and the State of California and includes new terms to support non-gaming tribes and tribes with smaller gaming facilities consistent with tribal sovereignty, according to a news release.