US – Cosmopolitans all round as GGR lifts by 67.7 per cent 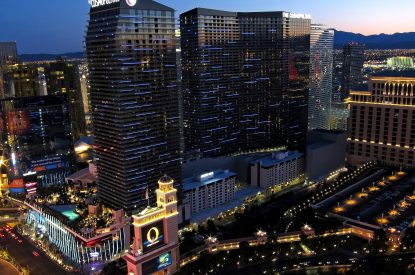 Nevada Property 1LLC, the owner of the Cosmopolitan of Las Vegas, has announced that its second quarter revenue was US$200m, up about 17 per cent from $171m in the second quarter of 2013.

The casino reported year-over-year increases in casino, hotel, entertainment and food and beverage revenues with gaming revenue increasing by nearly 70 per cent from last year to $51.38m.

Hotel revenues grew 13.4 per cent compared to the second quarter of 2013 whilst food and beverage revenues for the three months ended June 30, 2014 increased $5.2m or 5.8 per cent.

The Cosmopolitan’s previous owner Deutsche Bank confirmed it was offloading the resort and casino to the Blackstone Real Estate Partners for $1.73bn in May.