US – Cowlitz tribe clear to open Ilani Casino this month 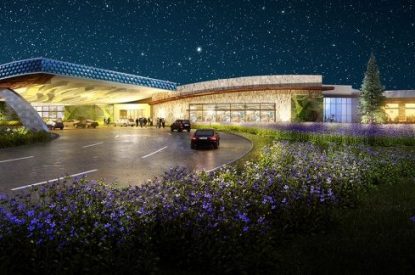 The Cowlitz Indian Tribe has been given permission to open a $510m casino in La Center in southwestern Washington state near the border with Oregon following a decision by the US Supreme Court.

The Cowlitz Tribe has been working to bring a casino to its tribal land for several years and has faced stiff opposition from several groups. The US Supreme Court denied a petition to review a lower court decision that upheld the US Department of Interior’s authority to take land into trust on behalf of the tribe, rebuffing a series of legal challenges filed by tribal casino opponents. The 360,000 square foot Ilani Casino Resort will now open on April 24.

The Clark County casino will include a gaming floor, with 75 table games and 1,200 slots alongside a concert hall and 15 restaurants, bars and retail stores.

Cowlitz tribal chairman William Iyall said: “This is a triumphant moment for The Cowlitz Indian Tribe because it marks the end of a 160-year journey back to our homeland, and the beginning of a new journey. Now, in leading large-scale, privately-funded investments in economic growth, the Tribe looks forward to delivering on our commitments to our 4,100 members, employees and the community where we live and work.

“Ilani, which is on the verge of opening, is bringing more than 1,200 new jobs to SW Washington and dozens of small business opportunities. Already, hundreds have been hired and trained. The entire Vancouver/Portland metropolitan area is already benefitting from Ilani s $40m in annual spending on local goods and services. And when we open the facility this Spring, two per cent of the net revenues from the facility will be invested back into arts and educations programs throughout our local community.

“The Cowlitz Tribe remains committed to partnering with the entire community to bring economic and job growth, environmental sustainability, and long-term transportation improvement to the greater Vancouver/Portland metropolitan area,” he added. “We are extremely pleased to open the doors to Ilani and provide the local community with a source for economic growth. Our destination is expected to attract over 4.5m visitors a year, and we feel certain that local businesses will benefit from increased visitation to the area.”

The Tribe has just completed construction of a $32mm fully-funded replacement of the Exit 16 interchange along I-5 at NW LaCenter Road.

Mr. Iyall added: “This project, which was completed on-budget and in record time, is a tribal investment to facilitate the growth ilani will bring to the area’s businesses and to enable La Center to accommodate planned development on both sides of the freeway. In addition, the City of La Center approved an agreement for The Tribe to fully fund the design and construction of a $5mm sewer line from the La Center waste water treatment plant to the I-5 junction, which will enable further economic development at the interchange.

The casino had been challenged by the Grande Ronde Community tribe of Oregon who runs the Spirit Mountain Casino south of Portland. The tribe said it would lose 41 per cent of its revenue if the Cowlitz tribe’s casino opened. However it dropped its challenge last year following a high court ruling leaving card room venues to challenge the casino.

Developed by Salishan-Mohegan LLC in collaboration with the Cowlitz Indian Tribe, ilani will be the premier gaming, dining, entertainment and meeting destination in the Pacific Northwest. Construction began in 2015. The 100,000 square-foot gaming floor will house 2,500 slot machines and 75 table games.
The Mashpee Wampanoag tribe from Massachusetts welcomed the victory for the Cowlitz tribe over Indian casino opponents in Washington State.

“The US Supreme Court’s decision blazes a trail forward for Mashpee,” said Mashpee Wampanoag Tribal Council Chairman Cedric Cromwell. “The challenges to the Department’s decision to place land into trust for the Cowlitz Tribe are now over.”

The Supreme Court decision is seen as a positive development for the $1bn First Light Resort & Casino, which has faced similar challenges.

Genting will operate the First Light Casino destined for Taunton in Southern Massachusetts on behalf of the Mashpee Wampanoag tribe. The casino will be built on land in Taunton designated as a Native American reservation.