US – Crane Co. increases sales by 11 per cent 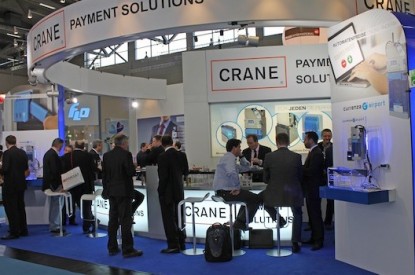 Fourth quarter GAAP operating profit margin was 15.7 per cent, an increase of 440 basis points from last year; adjusted operating margin was a record 18.6 per cent compared to 12 per cent last year.

Max Mitchell, Crane Holdings, Co. President and Chief Executive Officer stated: “Another outstanding quarter of execution by our global team, along with continued progress toward our planned separation. Preparations for the separation are progressing smoothly, and we remain on-track for completion in April 2023. Both organizations continue to build out strong teams that will position both Crane Company and Crane NXT to deliver consistent, differentiated execution. Further, we continue to believe that the transaction will permit each post-separation company to optimize its investments and capital allocation policies to further accelerate growth and unlock shareholder value.”

Mr. Mitchell continued: “Operationally, we had a very strong fourth quarter, with record quarterly adjusted EPS of $2.13 and a record adjusted operating margin of 18.6 per cent driven, in part, by 11 per cent core sales growth with strength across all three of our global strategic growth platforms. Leading indicators also remain strong, with core orders up 15 per cent and core backlog up 28 per cent compared to last year. However, despite strength of those metrics, based on broader macroeconomic trends and general uncertainty, we are planning for somewhat constrained and mixed activity in 2023 paired with gradual supply chain relief throughout the year. That said, we are confident that we are positioned to drive above-market growth in any potential environment, and we are prepared to respond quickly to capitalize on any demand above our current outlook.”