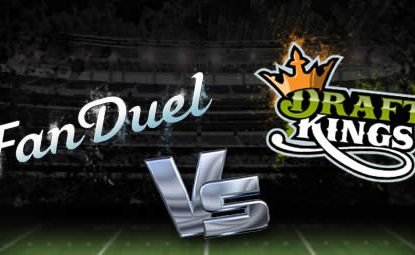 New York and California are moving in opposite directions when it comes to Daily Fantasy Sports with one looking to legalise the fledgling sector whilst one is demanding the restitution of funds relating from companies who have operated in the sector.

The California Assembly Governmental Organization Committee has now approved proposals to allow California companies to offer fantasy sports once they have been licensed by the California Department of Justice.

Each licensed operator will have to pay an annual regulatory fee, to be deposited in the Fantasy Sports Fund, in an amount to be determined by DOJ, for the reasonable costs of license oversight, consumer protection, state regulation and problem gambling programs.
Assemblyman Adam Gray, D-Merced, the bill’s author, said: “Millions of our constituents in California are participating in this activity right now, today, unprotected. Nothing in place to guard against some of dangers we know exist. We have an obligation to move forward.”

Far from moving forwards though, policymakers across North America are moving in polar directions with some states moving to prohibit the activity labelling it as a form of illegal gambling.

Legislators in Nevada have classed Daily Fantasy Sports as gambling, ordering websites to stop operating. In New York, attorney general Eric Schneiderman has gone further, filing a lawsuit against DraftKings and FanDuel, demanding the two leading DFS players reinstate any money made in New York State, to the customers who lost it and pay a fine of up to $5,000 per case.

DraftKings and FanDuel are believed to have taken more than $200m in entry fees in 2015 from at least 600,000 customers in the state.
David Boies, counsel to DraftKings and Chairman of Boies, Schiller & Flexner LLP, said: “The Attorney General’s office still does not understand fantasy sports. Like the NYAG original complaint, the lawsuit is based on the fundamental misunderstanding of fantasy sports competitions. Originally, the NYAG claimed that daily fantasy sports were illegal gambling because they were games of chance. That was disproven. Now, the NYAG complains that DFS contests are so much contests of skill that some advertising is misleading because, the NYAG says, certain ads imply that DFS contests are games of chance. This claim, too, is baseless.”

A statement from FanDuel added: “As we have previously iterated, FanDuel remains committed to offering our fantasy contests to the Yankees, Mets, Jets, Giants, Bills, Knicks, Nets, Rangers, Islanders and Sabres fans that comprise the great state of New York and love fantasy sports, be it season-long or daily. As one of New York’s fastest growing startup companies, we are thoroughly disappointed in the Attorney General’s ongoing actions and will fight this meritless, amended suit until fantasy sports are safeguarded for all sports fans.”

Mr. Schneiderman claimed the company’s use of deposit bonuses was a ‘convoluted scheme.’

He highlighted how DraftKings would typically offer an amount, for example, a $600 deposit bonus that would in fact only give the customer $24 back. The total amount of $600 would only materialise after the customer had invested $15,000 on the site.

The disparity in how different states are handling DFS is being caused by differences in opinion in whether the practice is gambling or skill-based.

In California, Assemblyman Marc Levine claims the activity is a form of gambling.

“This is gambling,” he said. “ There’s no doubt about it. Let’s not fool ourselves. An entry fee is a wager; cash prizes are gambling winnings; daily fantasy sports companies are bookies.”
The subject of DFS also arose at the Consumer Electronics Show in Las Vegas
Mark Cuban, owner of the Dallas Mavericks owner and an investor in a DFS startup called Fantasy Labs, claimed ‘you have to be an idiot’ to think playing DFS games was anything like sports betting or poker.

“The only people who think it’s gambling, as opposed to skill, are people who haven’t played or people who have other political agendas, because that’s also very important these days,” he argued.
“People pay Fantasy Labs a lot of money to do analytics for daily fantasy sports. If it was gambling like the lottery, you wouldn’t need to do that. You would just play the game and take your chances.”

The California Nations Indian Gaming Association (CNIGA) wanted the bill proposed by California Assembly Governmental Organisation Committee to go further though and was disappointed that it had not included online poker in the proposal.

Steve Stallings, Chairman of the trade association, believes the legalisation of online poker should not only be first on the GO committee’s agenda, but one of the first pieces of legislation passed in 2016.”said: “We realise there are two other bills dealing with sports betting (AB 1441) and daily fantasy sports (DFS) (AB 1437) sharing the agenda with the I-Poker bill, AB 167. Introduced by Representative Reginald Jones-Sawyer, AB 167 represents one of the last in a series of I-Poker bills, which, unlike AB 1441 and AB 1437, were thoroughly vetted, debated, altered, massaged, and continually passed over with the hope of a political miracle of consensus in the next year. The regulation of fantasy sports is well intended. However, the state needs to prove it can deal with one online game–I-Poker–before it takes on others.”

“There have been long standing divisions among the stakeholders, including tribal governments, some of which are members of CNIGA. However, I believe, the Jones-Sawyer bill opens the door to compromises that can finally bring the majority together. We were excruciatingly close last year, and I would like to see CNIGA play a major role in helping to unify the Indian tribes on the key issues that previously divided us and take the lead in supporting a partner bill in the state Senate,” Mr. Stallings said.

“At the December GO hearing on sports wagering and fantasy sports, Gray suggested, he wanted the state ‘to lead the way in balancing consumer protection with consumer demand. This is a wise and practical approach. Plus, he can meet this goal by passing I-Poker legislation this year. The goal is reasonable. The Legislature knows the demand is there. They know the play is happening. They also know California online poker players are currently sitting ducks, vulnerable to all manner of schemes to steal their money. The computer age is here and so is internet gambling, along with its opportunities and dangers. To continue to do nothing exposes the state’s citizens to the type of criminal and backroom activities reminiscent of the prohibition of alcohol in the 1920-’30s. We all know how well that worked. Our state needs to join the digital age and meet its responsibilities to make I-Poker safe for those who wish to play it (and are forced to play it illegally, subject to fraudulent off-shore betting sites), and begin to turn some of the ill-gotten gains from the illegal operations into benefits for the state’s tax payers.”