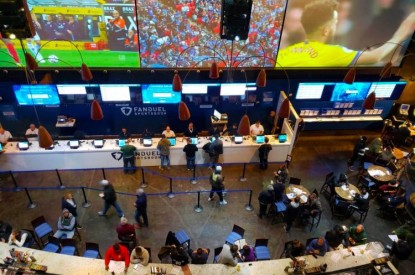 The NCAA Tournament helped fuel $1.1bn in wagers at New Jersey’s online and retail sportsbooks, while online casinos set a state record in March for monthly revenue with more than $140m.

March’s sports betting results show continued growth in the face of competition from New York while online casino revenue continues to be a major benefit to the state, according to PlayNJ, which tracks gaming developments in the state.

“In a changing landscape, New Jersey’s sportsbooks were still able to post their best handle in a month without football,” said David Danzis, an analyst for PlayNJ.com. “Increased competition from New Jersey’s neighbors is inevitably going to affect the state’s sportsbooks, but it continues only to be at the margins. The state’s own bettors have proven a powerful force on their own.”

New Jersey has much more competition than those earliest days, but significant increases in wagering have continued. In January, the first month of legal online sports betting in New York, wagering at New Jersey sportsbooks grew 40.7 per cent compared with January 2021. In February, year-over-year growth slowed to 32.7 per cent.

New Jersey’s sportsbooks could have even taken in even more. With St. Peter’s historic run to the NCAA Tournament’s Elite Eight, local bettors had plenty of motivation to place a wager on March Madness. But with the state’s ban on wagering on in-state college teams, those wagers ended up with sportsbooks in New York, Connecticut, and Pennsylvania.

“With St. Peter’s off the boards, a small chunk of in-state wagering flowed out of New Jersey and into neighboring states,” Danzis said. “That hasn’t happened much in the history of New Jersey’s gaming industry. But it shows that decisions made in the past can affect the state’s sportsbooks now that they find themselves in a more competitive environment.”

Online sportsbooks attracted $1.04bn in wagers, or 92.9 per cent of the state’s March handle. FanDuel/PointsBet/SuperBook topped the online market with $33.7m in gross revenue, up from $14m in February. DraftKings/Fox Bet/Resorts followed with $8.6m in revenue.

“Traditionally, the popularity of the NBA has helped New Jersey sportsbooks fare well during the slower season of sports betting that begins in April,” said Eric Ramsey, an analyst for the PlayUSA.com Network, which includes PlayNJ.com. “But there are a lot of basketball fans in New York that no longer have to cross state lines, so the seasonality of sports betting could be a bit more pronounced this year.”

New Jersey’s online casinos and poker rooms continued surging in March, crossing the $140m threshold for the first time with a record $140.7m in online gambling revenue. March’s win was up 23.7 per cent from the then-record $113.7m in March 2021 and up 8.2 per cent from $130m in February.

For the first time in years, a monthly record in New Jersey wasn’t also a US record. Pennsylvania announced earlier on Monday that its online casinos and poker rooms had won $142.7m in March.

Over the 31 days of March, online casinos and poker rooms averaged $4.5m in revenue per day. That was down from $4.6m per day over the 28 days of February. Ultimately, March’s revenue generated $24.6m in state and local taxes.

The continued race for market share was led again in March by Borgata, which generated a record $41.4m in casino and poker revenue. Golden Nugget was second with $38.3m and Resorts Atlantic City was No. 3 with $30.8m.

“One of the most remarkable changes over the last two years is just how competitive the online market has gotten,” Danzis said. “It was just a couple of years ago when the Golden Nugget license was easily the most dominant player in the online market. Since then, operators have increased attention on the segment, which has helped online casinos capture an increasing share of the overall gaming portfolio in New Jersey.” 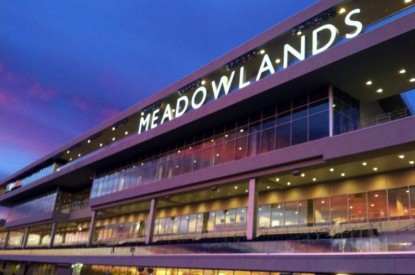 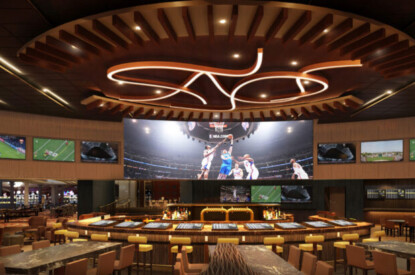