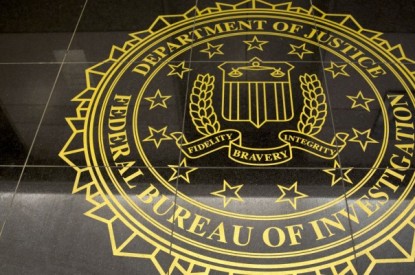 The Department of Justice has filed its intention to appeal the New Hampshire District, June Federal Court ruling stating that the Wire Act only applies to sports betting, by taking its case to the First Circuit Court of Appeals.

Judge Paul Barbadoro of the United States District Court for the District of New Hampshire ruled on a case brought by the New Hampshire Lottery Commission, finding that the Wire Act only applies to sports betting and not sales of lottery tickets or other gambling games, including online poker. August 19 was the deadline for the government to file an appeal to the United States Court of Appeals for the First Circuit, but the government has now submitted its notice of appeal.
The New Hampshire Lottery filed the federal case due to the DOJ’s change in interpretation of the Wire Act, which DoJ has now said it won’t enforce until 2020.

Jeff Ifrah, founder of iDEA Growth, an online gambling lobbying group, said: “The Department’s action, while hardly unexpected, is certainly unwarranted. DOJ generally files appeals of adverse district court decisions as a matter of course. We hope that, rather than engaging in a protracted, expensive and ultimately unsuccessful legal fight, the Department will take this opportunity to negotiate a settlement which will focus the Wire Act and DOJ’s enforcement resources on the right targets, the unlicensed illegal offshore Internet gambling operators who do not create jobs or tax revenue in the US and do not appropriately protect consumers.”

The Wire Act dates back to 1961 when it was enacted to address the rise in illegal bookmaking; however, the government has issued two directly contradictory interpretations on the law’s scope in the last decade. The Wire Act states that “whoever being engaged in the business of betting or wagering knowingly uses a wire communication facility for the transmission in interstate or foreign commerce of bets or wagers or information assisting in the placing of bets or wagers on any sporting event or contest, or for the transmission of a wire communication, which entitles the recipient to receive money or credit as a result of bets and wagers, or for information assisting in the placing of bets and wagers, shall be fined under this title or imprisoned not more than two years, or both.”

In September 2011, the Department of Justice Office of Legal Counsel issued a Memorandum Opinion concluding that “interstate transmissions of wire communications that do not relate to a ‘sporting event or contest,’ fall outside of the reach of the Wire Act.” In November 2018, however, the DOJ put forth a new interpretation of the Wire Act stating that it applied to all forms of gambling, reversing the Department’s own previous interpretation and ignoring judicial precedent, along with the Wire Act’s text and legislative history. The 2018 DOJ opinion came on the heels of the Supreme Court ruling to allow individual states to legalize sports betting without federal restrictions. By setting aside the 2018 DOJ opinion, the New Hampshire court essentially reinstated the government’s previous 2011 interpretation of the law.