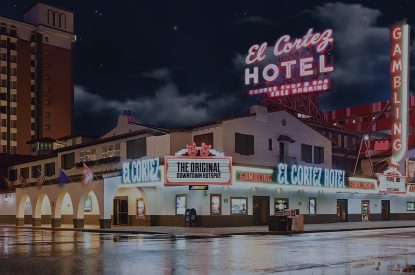 Festivities continued throughout the evening with a roaming mariachi band followed by a 9 p.m. fireworks show set off by Owner, CEO and Chairman Kenny Epstein with the push of a button to dazzle the city of Las Vegas. Once the fireworks show concluded, the general public was invited to the hotel lobby to enjoy complimentary cake and champagne and try their hand at table games and play on some of the last coin slot machines in the city.